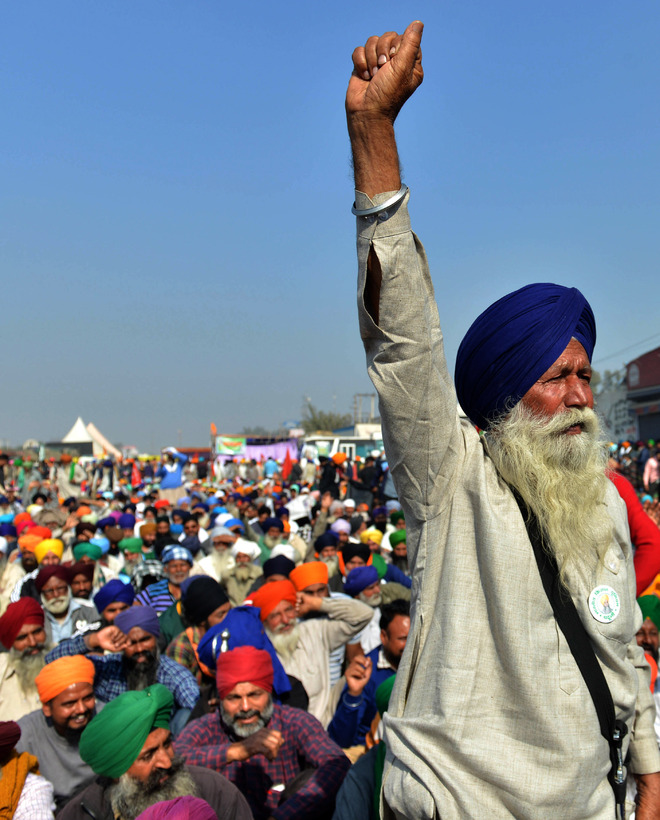 Reacting to the farm laws enforced by the BJP-led Central Government, now poets have taken to their pen, once again, to castigate the Centre and inspire the revolt in a new collection which has gone online on punjabi-kavita.com.

Underlining the tone and tenor of the reactive collection, Dr Azeem Shekher says: “Jithe raaje ullu thape hunde ne, Uss jungle vicch roz syape hunde ne.” This is one among more than 200 poems on the farmer agitation which have been put online on Punjabikavita.com. Website director Karamjit Singh Gathwala says: “Our eight-year-old website is a special corner for the ongoing farmer agitation. We started last week. More than 100 poets have contributed and the list is growing”.

Referring to the context of farmers struggle against its own government, Gurbhajan Gill says: “Dashera de arth badal gayee ne.” Navgeet Kaur adds: “Sometimes you compare us to Khalistanis, sometimes refer to us as separatists. How can you forget history where we have stood like walls against all invasions for your safety?”

Naming his poem a “Mail to the Kisan Morcha’, Patar says: “Eh mela hai, Iss vicch dhart brikh, paani paun shamal ne. Jithe takk nazar jaandi, jithe takk nahin jaandi (The horizon till where I can see and also beyond, this ‘mela’ has participation of the soil, trees, water and winds).”

Poems hint at the lacunae in contract farming which have an inbuilt scope for land of farmers being confiscated by the corporate. The new mandis which will be better equipped than old mandis will finish an established system of life for thousands of farmers.