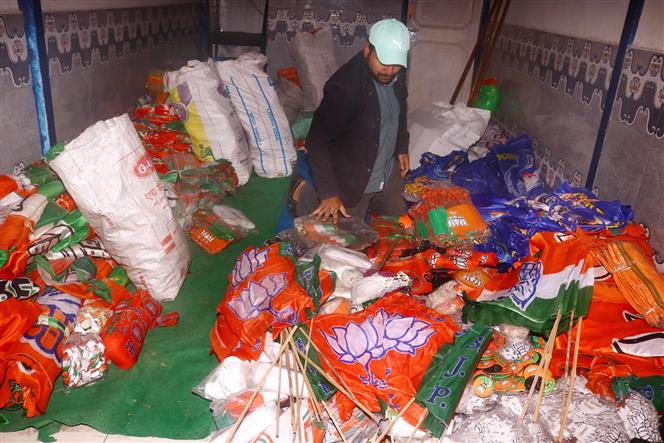 Political parties in Punjab on Monday welcomed the Election Commission’s decision to postpone the state Assembly polls to February 20 in view of Guru Ravidas Jayanti, saying it will enable his followers to visit UP’s Varanasi for festivities.

Earlier, Punjab Chief Minister Charanjit Singh Channi and political parties in the state had urged the poll panel to postpone the date of voting as lakhs of followers of Guru Ravidas travel to Varanasi in Uttar Pradesh to celebrate his birth anniversary on February 16.

Channi had said as members of the Scheduled Castes community are likely to visit Varanasi from February 10 to 16, they won’t be able to vote in the elections.

Accepting the demand, the Election Commission decided on Monday to hold the polls in Punjab on February 20 instead of February 14.

The Punjab CM said he welcomes decision as it will enable a large number of followers from the state, especially its Doaba region, to travel to Varanasi to celebrate the Guru’s birth anniversary.

SAD president Sukhbir Singh Badal said, “We had urged the Election Commission to postpone the date and we welcome the EC decision.”

Badal’s party is contesting next month’s polls in alliance with the BSP.

Union Minister and BJP leader Som Prakash said they had also urged the poll panel to postpone the elections and the party welcomes the decision.

Aam Aadmi Party’s senior leader Harpal Singh Cheema, who is Leader of the Opposition in Punjab, said, “AAP had demanded that election date should be postponed and we are happy that the EC has taken this decision.”

On January 13, Chief Minister Channi had urged the Election Commission to postpone the polling date by six days “for enabling around 20 lakh SC devotees to utilise their right to vote for the state Legislative Assembly”.

“A large number of SC devotees from the state are likely to visit Benares in Uttar Pradesh from February 10 to 16. In such a situation, many people from this community would not be able to cast their votes for the state Assembly,” said Channi who belongs to the community.

He requested the Election Commission to hold the polls on February 20, instead of February 14.