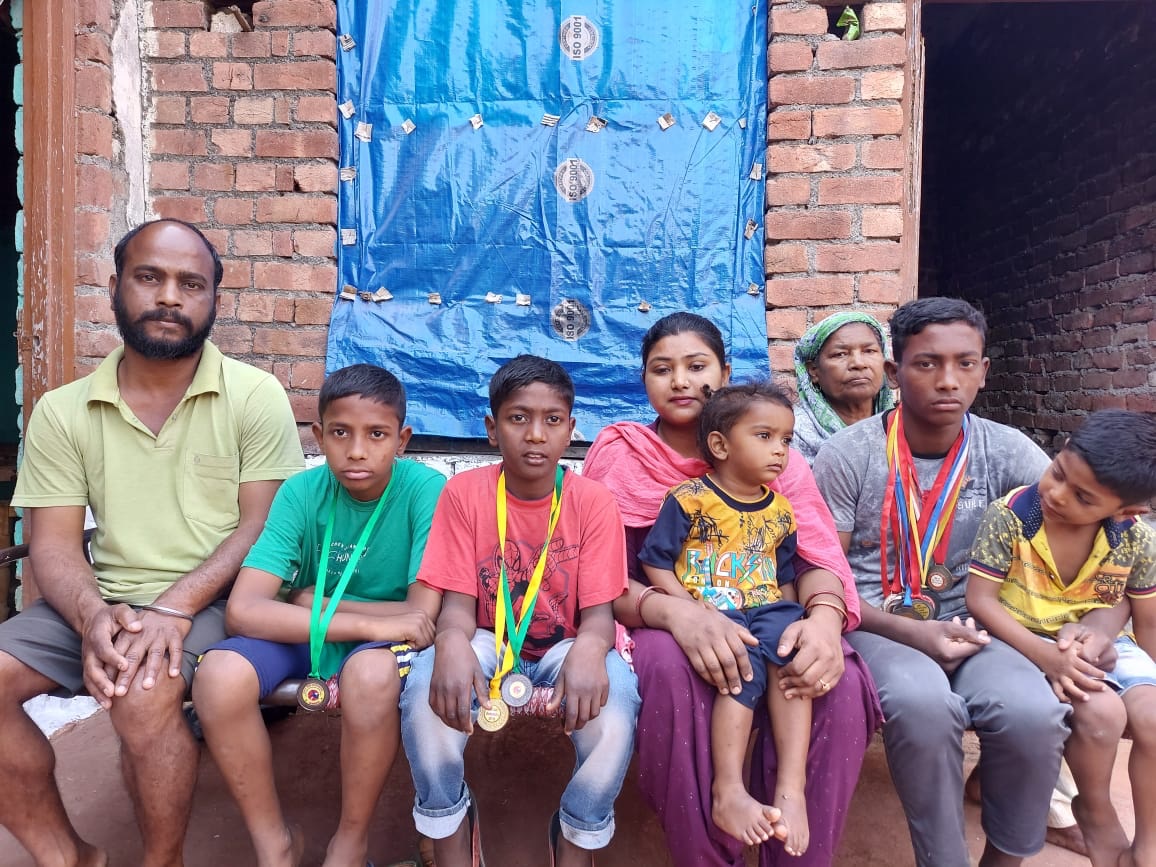 The three orphaned siblings are a class apart. Unlike other judokas, they were born poor, are being raised in abject poverty, wear half-torn kits and often find themselves at the receiving end of slurs and abuses while training.

From insecurity to fame

Despite all these hiccups, they are the authors of a success story scripted while fighting the vagaries of an empty stomach. Poverty is neither a crime nor a sin. This phrase is drilled almost daily into the minds of the youngsters by coach Amarjit Shastri as he tries hard to make them come to terms with their new-found fame. The experienced Shastri should know as he has trained 60 judokas who have donned the Indian blazer at the Shaheed Bhagat Singh Judo Training Centre. This list includes an Olympian.

Karan (16), Rajesh (13) and Amandeep (12) lost their father, a labourer, in 2017. Days later, their mother eloped with another man, leaving them grappling the harsh realities of life.

The crowded Qadri mohalla, where the siblings live with their paternal uncle, burst with crackers when Karan won a silver medal in the Delhi school national games in 2019. That was enough to trigger a spark in Rajesh as he took to the sport like fish to water. He proved his credentials by winning a bronze medal in the district championships. Amandeep has already announced his arrival by being placed second in the Ludhiana state championship two years ago. The brothers study in the Khalsa Senior Secondary School with funds managed by Shastri from his protégés who are employed in the Punjab Police, ITBP, CRPF and the BSF.

For them, judo has neither eradicated their poverty nor is seen as a one-size-fits-all solution but nevertheless has managed to at least reduce the penury they used to be surrounded with. Round one goes to the siblings.