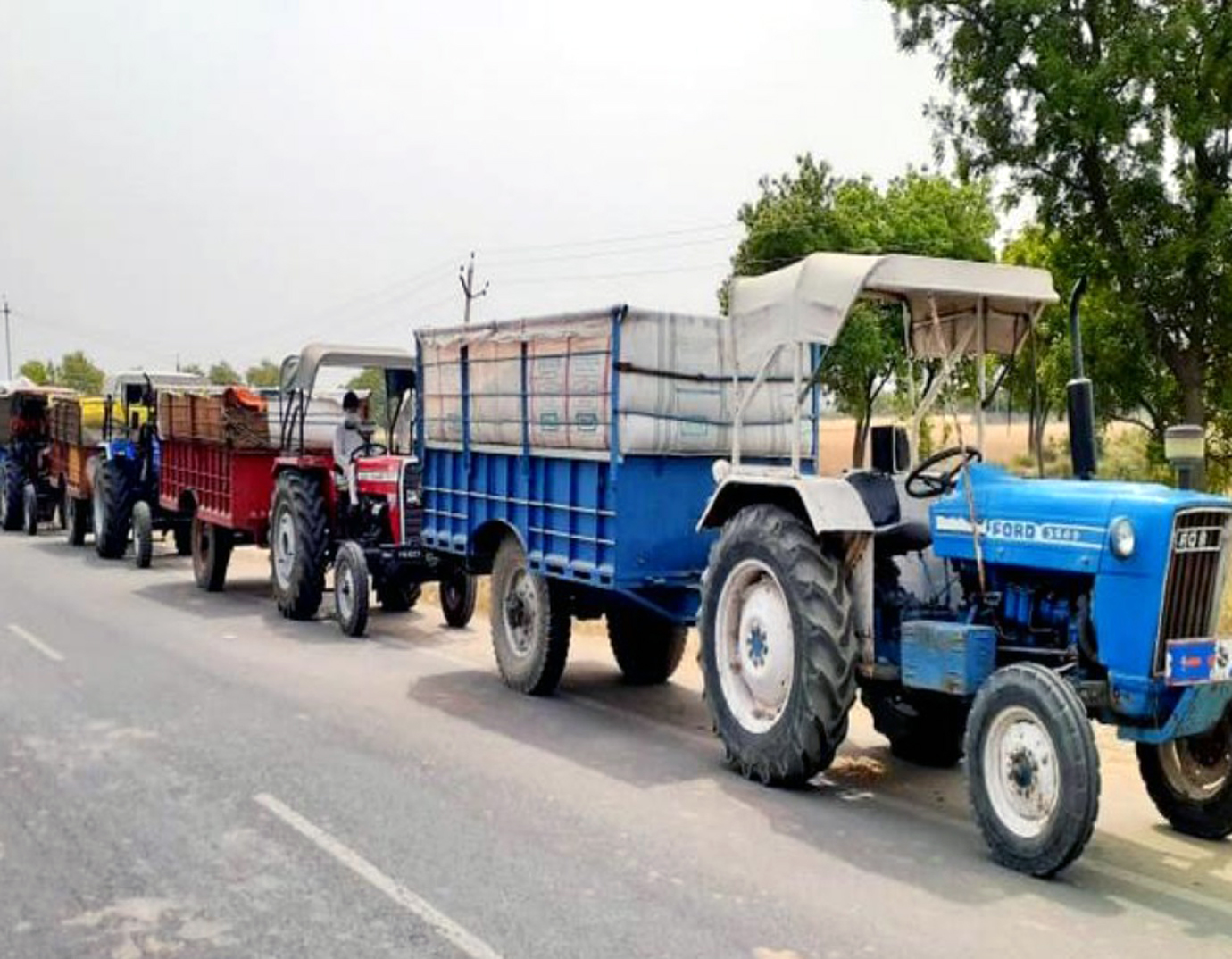 Farmers with wheat-laden tractor-trailers wait outside a silo at Dagru village in Moga. Tribune photo

Within a few months after the farmers’ stir was called off against the three agri laws, the ‘picture’ has changed completely outside the 2-lakh MT silo storehouse of a private company located at Dagru village in Moga, which had remained the epicenter of the farmers’ protest in Malwa.

The silo storehouse has been witnessing a huge rush of farmers to sell their wheat produce to the Food Corporation of India (FCI), which the private firm had leased out to the former till 2025.

Farmers can be seen waiting in a 2-km long queue on either side of the road in schorching sunlight to unload their produce. The silo unit has 16 steel drums with each having a capacity to store 12,500 tonnes wheat. There’s no effect of heat, cold and rain, on the stored stock for years.

A senior official of the FCI said 85,000 MT space was available, when the procurement began. Till Tuesday, 20,000 MT wheat was procured and stored here.

Terminal manager Amandeep Singh said approximately 7,500 MT of foodgrains arrive daily. At least, 1,100 tractor-trailers come to the silo every day, which has led to long queues on the link roads, he said,

Harjinder Singh, a farmer waiting for his turn said, “It is easy to sell the produce here as tractor-trailer goes inside the plant and we offload the foodgrains directly. The weight of produce is done automatically. Above all, the payment is done within 48 hours, which comes into the accounts of farmers.”

The BKU (Sidhpur) has appealed to the farmers not to sell their produce at the silo in Dagru village, which is owned by a private group. State president of the union Jagjit Singh Dalla alleged the Centre was promoting private yards (mandis) by shutting down government ones as part of a larger conspiracy. TNS