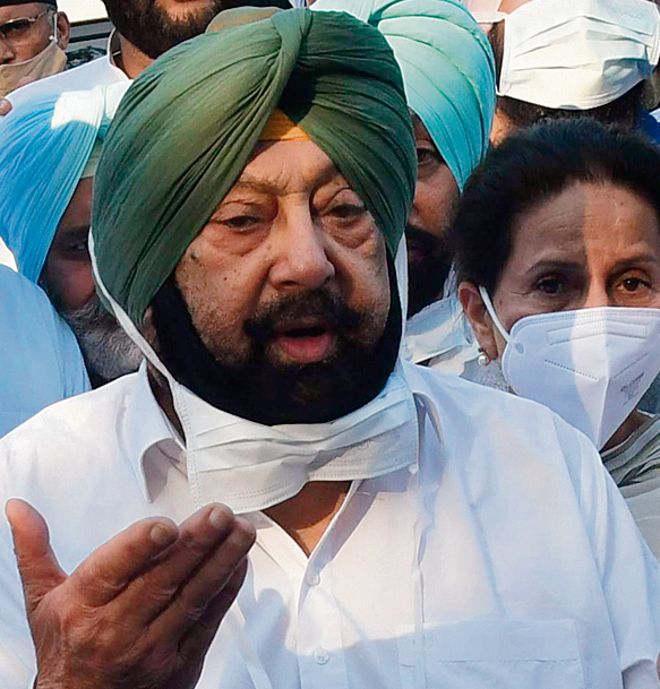 Amid the fresh face-off between Capt Amarinder Singh and the Congress high command, the party is closely watching the former Chief Minister’s next move.

Given the timing of Captain Amarinder’s outburst, in the light of the impending Cabinet expansion of Charanjit Singh Channi-led Congress government, the top leadership engaged in hectic parleys in the national capital is wary that those left out may align with the former Chief Minister.

In the coming days, Captain Amarinder is likely to visit Delhi concerning his political options. Sources also do not rule out his calling upon party president Sonia Gandhi.

Ex-CM may reveal plans by Oct 15

The party is wary that those left out may align with Capt. He is likely to visit Delhi in coming days, and may call upon party chief Sonia Gandhi

While Capt is likely to make political plans public by Oct 15, there is speculation he may form a new outfit or align with BJP

Wary of retaliation by those upset by the change of guard, top party leaders are busy mollifying them, if former PCC chief Sunil Jakhar accompanying party leaders Rahul Gandhi and Priyanka Gandhi to Delhi yesterday and CM Channi calling up senior leader Brahm Mohindra on the directions of the party high command are any indicator.

“After the Congress masterstroke of putting up a Dalit-Sikh face as the CM, the party leaders are keenly awaiting the next move of the former CM,” said a senior party leader amid speculation over Captain Amarinder forming a new political outfit or aligning with the BJP.

The former CM is likely to make the announcement of his political plans by October 15. He has, however, not specified his political options while targeting the party high command and state president Navjot Singh Sidhu.

Adding credence to speculation about Captain Amarinder’s next move, Haryana Home Minister Anil Vij on Thursday hit out at Sidhu, saying the former Chief Minister was a hurdle in installing pro-Pakistan forces in power in the state. — TNS

Dasehra celebrated with fervour across district

Victory of good over evil: Students celebrate Dasehra with fervour in city

City students make it to IITs after strenuous efforts