Pressured to go against my MLA wife: Angad Singh

31-yr-old in fray as Ind from Nawanshahr 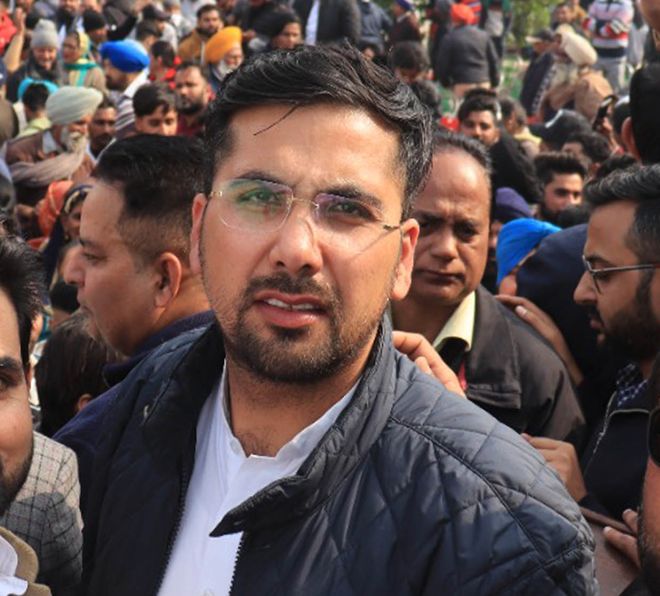 Having been denied the ticket by the Congress, Nawanshahr MLA Angad Singh (31) today filed his nomination papers as an Independent candidate from the seat. The party had yesterday given the ticket to Satvir Palli Jhikki, chairman, District Planning Committee.

Angad’s mother and former MLA Guriqbal Kaur also filed her papers from the seat as a backup candidate. Before reaching the SDM’s office to file his papers, the MLA organised a gathering at his place, where he claimed his marriage with UP-based MLA Aditi Singh, contesting as a BJP candidate there, was used as a tool to deny him the ticket.

“I met the senior leadership in Chandigarh and New Delhi, but was made to feel as if I had committed a crime by marrying Aditi in November 2019. I told them we had been living separately for 15 months, at which they pressured me to write against her on the social media. But I refused to stoop to such a level. There are problems in every marriage. But the party made my personal life public. I feel insulted and humiliated,” he said.

Angad even took a dig at the Congress’ choice. “The party leaders found problems in my candidature, but they had no issues while picking a candidate who had already been announced a candidate by the PLC,” he said. Calling it a ‘Delhi vs Nawanshahr’ contest, Angad said he would back Charanjit Singh Channi again as the CM. —