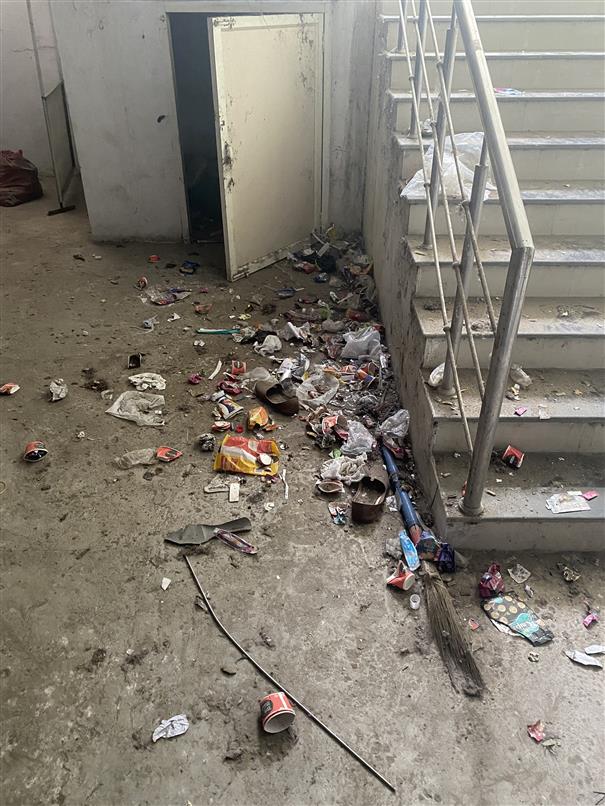 Finding defects in construction during a visit to Government Rajindra Hospital, Medical Education Minister Chetan Singh Jouramajra today ordered a probe into the work carried out at a cost of Rs 100 crore on the buildings during the previous regimes.

He said strict action would be taken against officials found responsible for the colossal waste of the state exchequer. The Tribune has learnt that the hospital authorities were allegedly made to take over the possession of the two buildings — Mother and Child Healthcare (MCH) at Rajindra Hospital and Institute Building at Medical College — despite having major defects.

The eight-storeyed MCH building, which was constructed in 2017 at a cost of Rs 60 crore, had to be converted into a Covid isolation ward in 2020 after lying unused for three years. Similarly, the Institute Building, completed in 2018, was handed over to the college authorities in 2021. Ironically, this building is still non-operational, owing to major constructional lapses.

Meanwhile, it has been learnt that the college had conducted an inquiry into the lapses of the Institute Building, but no action was taken.

Jouramajra said, “An inquiry has already been ordered into the construction of the new buildings. Guilty won’t be spared at any cost.”

Asked about the role of former principal secretaries of medical education into the alleged corruption in the construction of the buildings, he said, “A

thorough probe will be conducted into the matter. No one will be spared.”