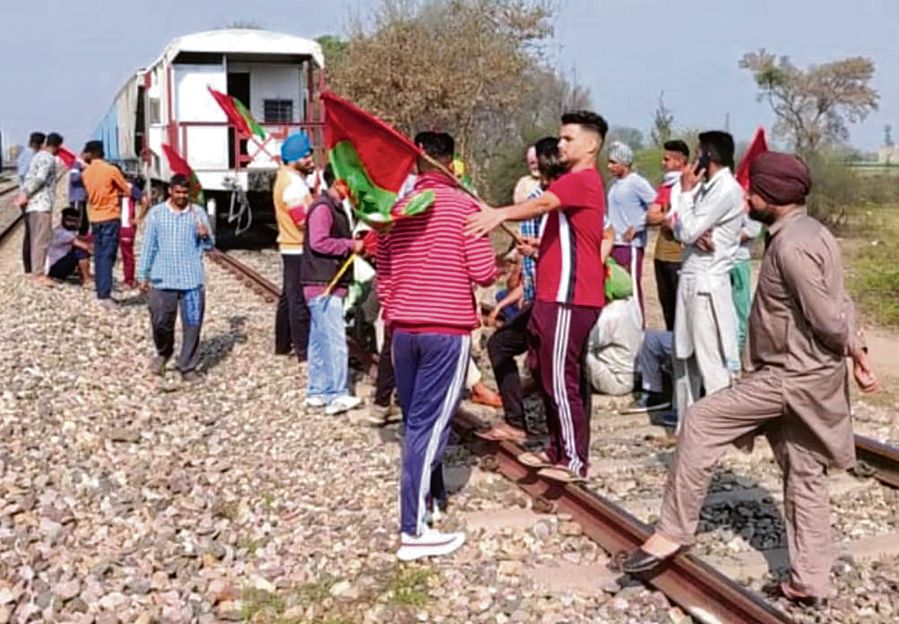 A goods train stopped by farmers at Dagru village in Moga. Tribune Photo

A group of farmers protesting against the Centre’s three farm laws on Friday stopped a wheat-laden train in Punjab’s Moga district.

The train was stopped at the Dagru railway station after it came out of a privately-owned grain silo in Dagru village, the police said.

The protesting farmers sat down on the tracks, saying they would not allow the train to go out of the state, they added.

Thousands of farmers have been protesting since late last November at Delhi’s borders with Haryana and Uttar Pradesh, demanding a rollback of the Farmers’ Produce Trade and Commerce (Promotion and Facilitation) Act, 2020; the Farmers’ (Empowerment and Protection) Agreement on Price Assurance and the Farm Services Act, 2020; and Essential Commodities (Amendment) Act, 2020.

The protesting farmers have expressed apprehension that these laws would pave the way for the dismantling of the minimum support price (MSP) system, leaving them at the “mercy” of big corporates.

However, the government has maintained that the new laws will bring better opportunities to farmers and introduce new technologies in agriculture. —PTI