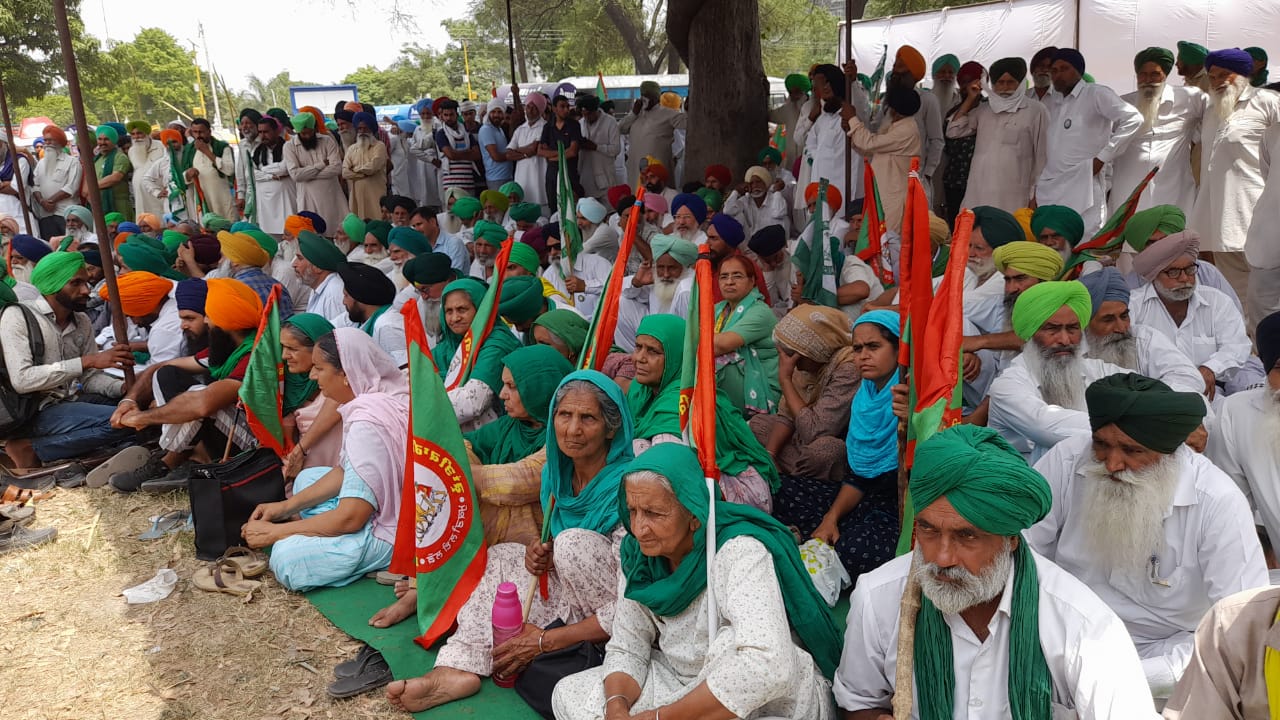 Even as hundreds of farmers associated with 23 farmer unions of Punjab started coming towards Chandigarh since Tuesday morning, the leaders of these unions were later called for a meeting with a government delegation.

The farmer union leaders refused to meet with anybody other than the Punjab Chief Minister, Bhagwant Mann, leading to a stand-off between the two sides.

Across Punjab, claimed leaders of the union, the police had put up barricades and farmers were stopped from reaching the venue of the March for pucca dharna in Chandigarh.

As a result, few farmers managed to reach Amb Sahib Gurdwara in Mohali- from where they were to start marching to Chandigarh.

Sources say that since the farmer unions failed to muster enough numbers, it was decided that instead of the CM, a 10-member delegation of farmers would meet an official delegation of the government. The CM is reportedly headed to Delhi in the afternoon.  Meanwhile, the farmer union leaders have decided to wait till 2 pm, before they start their March for a pucca dharna in Chandigarh. Presently, they have huddled together to decide on their next course of action.

The dharna is to be held here in protest against the paddy sowing schedule announced by the state government, besides 10 other demands.

The dharna was announced by the union leaders last week, after their talks with the Punjab government led by Power Minister Harbhajan Singh, had failed. The farmers have been demanding that they be allowed to go in for paddy transplantation from June 10 and not June 18, as ordered by the state government.

The government had said that uninterrupted eight hour power supply to the agriculture Pumpset consumers will be given in zones on the dates announced by them. The state has been divided into five zones by the government. The farmers also demanding that the fee charged for increasing the power load should be decreased by the government.

Other than this, they are protesting against the conversion of 85,000 smart meters into pre paid meters. The state government, in a directive from the Centre, was asked to concern these into pre paid meters of it wanted to continue receiving the power sector reform funds. They also want that the government ensured farmers get MSP on corn and notify the decision to give them MSP on Moong. The farmers say that though MSP on 23 crops is announced, but farmers get MSP only on wheat and paddy. Farmer unions have said that though they have had two rounds of meetings with the state government, they have been forced to start the protest from today as the meetings did not yield desired results.