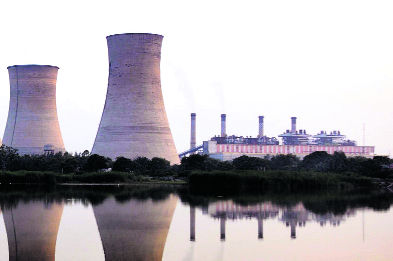 Following a steep fall in power demand following the economic slowdown due to Covid-19 and the recent rainfall that has led to a prolonged winter, Punjab State Power Corporation Limited (PSPCL) has shut all units of the state-owned and private thermal power plants. On Wednesday, the thermal plants in the entire state were shut due to limited demand, which was met by the available hydro and solar power available with the state.

Power-surplus Punjab is currently finding it hard to sell electricity due to poor demand, which was already low due to economic slowdown pan India. Now, the virus threat has further lowered the demand as manufacturing units have stopped or curtailed production.

“We have stopped production due to low demand in the market and instead of running the industry, we are waiting for the market demand to improve,” said an industrialist in Mandi Gobindgarh.

“The industry is facing demand-related shortage and production has been cut down in the wake of Covid-19,” said a PSPCL insider.

As per information gathered by The Tribune, on March 11, the consumption was roughly 758 lakh units, with a maximum demand of 4,325 MW. The minimum demand hovered somewhere near 1540 MW. “All private thermal units of private plants in Rajpura, Talwandi and Goindwal and the units of the PSPCL plants of Ropar and Lehra Mohabbat were shut down,” said a top PSPCL official.

On March 10, consumption was recorded at a low of 695 lakh units, with a maximum demand of 4,000 MW and a minimum demand of 1,690 MW. All private and state-owned thermal plant units were kept shut.

“Power engineers had cautioned against this during the signing of the purchase agreements with power players. Our state-owned units were best in India and now we are not operating. The PSPCL has to anyway pay the private plants, whether or not it purchases power,” said a senior PSPCL official.

While power from private players costs around Rs 3.14 to Rs 3.66 per unit, the production cost at state-owned plants is Rs 3.8. Power rates are already low in the national market owing to the falling demand across the country due to slowdown. The average slump in power demand in the country is around 10 per cent.

The slowdown in the industrial sector has also taken its toll on Punjab, with the state seeing a dip in demand by over 5 per cent in the industry. The Covid-19 scare has brought it down further, say industry experts.