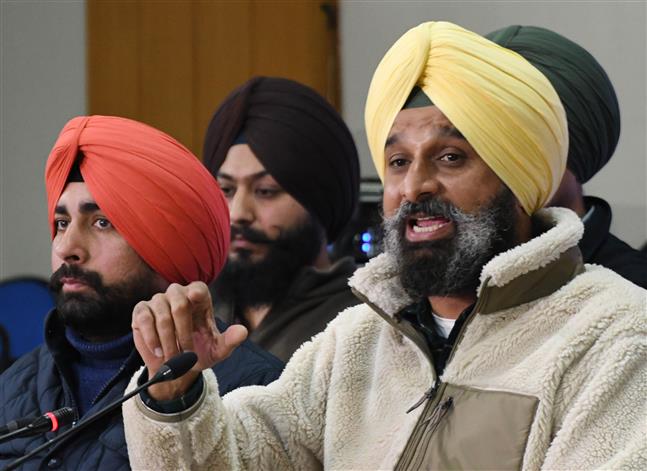 The matter calls for in-depth investigation without being coloured by political overtones, the Punjab and Haryana High Court has asserted in its detailed order dismissing Bikram Singh Majithia’s anticipatory bail in a drugs-related case.

The order, released on Tuesday, makes it clear that State has made out a case for the senior Akali leader’s custodial interrogation, but was being granted three days protection against arrest for enabling him to approach the Supreme Court for challenging the order dismissing his plea.

Justice Lisa Gill asserted the protection would remain in force only for three days from January 24 and was being granted keeping in view the peculiar circumstances of this case. Justice Gill made it clear that the Court did not find any ground to afford a week’s time for the purpose as prayed for in view of the elections being declared.

Justice Gill added: “In case an effort is now being made by the State to break the nexus between the State machinery and the drug traffickers, I find no ground to scuttle the same at this stage…. It is further relevant to note that in this political slugfest, a complete and thorough investigation should not be the casualty, especially keeping in view the grave and serious charges levelled under the NDPS Act”.

Justice Gill added it was vehemently argued that the petitioner has joined the investigation pursuant to an interim order dated January 10 and has cooperated fully with the investigating agency. But this fact has been denied and opposed by counsel for the State. He argued the petitioner was non-cooperative and refused to hand over the photographs/videos of his wedding, “necessary in view of the allegations of the co-accused having close relations with the petitioner and some of them having been introduced to each other on the occasion”.

Justice Gill also took note of the counsel’s submission that the petitioner gave evasive replies by terming the question as outrageous and claiming some matters to be personal. “I have perused a note circulated on the petitioner’s behalf wherein it is stated that he found some of the questions to be unwarranted, offensive, unnecessary, with the investigating agency needlessly going around in circles and trying to enlarge the scope of the investigation beyond reasonable limits and not addressing itself to the allegations in the FIR…. I do not deem it appropriate to go into the details into the same or express any opinion thereon lest there be prejudice to any side, except to conclude the State has successfully made out a case of custodial interrogation of the petitioner in the face of his conduct”.

Observations at a glance

*The petitioner was admittedly holding a powerful position in the State government at the relevant time and is still a sitting MLA. Allegations against him are of having close association and relationship with persons admittedly engaged in drug trafficking.

*Petitioner is alleged to have facilitated and abetted (drug trafficking) specifically by permitting the use of government machinery, including vehicles, security personnel and other facilities.

*There is no embargo or bar upon the State government to register an FIR against the petitioner, in case it found there was sufficient material to proceed against him. “I do not find any irregularity, infirmity or illegality in the opinion rendered by the Advocate-General, Punjab, as detailed in the FIR dated December 20, 2021.

*Allegations of mala fides and political rivalry are not considered to be substantial enough to be a ground to afford anticipatory bail. It cannot be denied that the petitioner was at the helm of affairs at the time of occurrence of alleged offence(s). He was a cabinet minister for some part of the time and admittedly closely related to then Deputy Chief Minister.

*The petitioner is not entitled to relief merely on the ground that action was not taken by the State government for these long years.

*A report in the matter was duly handed over to the State. In case delay has occurred due to tardiness of the State machinery for any reasons whatsoever, it cannot provide a sufficient ground to the petitioner for grant of anticipatory bail.

Justice Gill added the Court did not find ground to afford one week as prayed for.