Bhagwant Mann bats for direct flight from Chandigarh to London 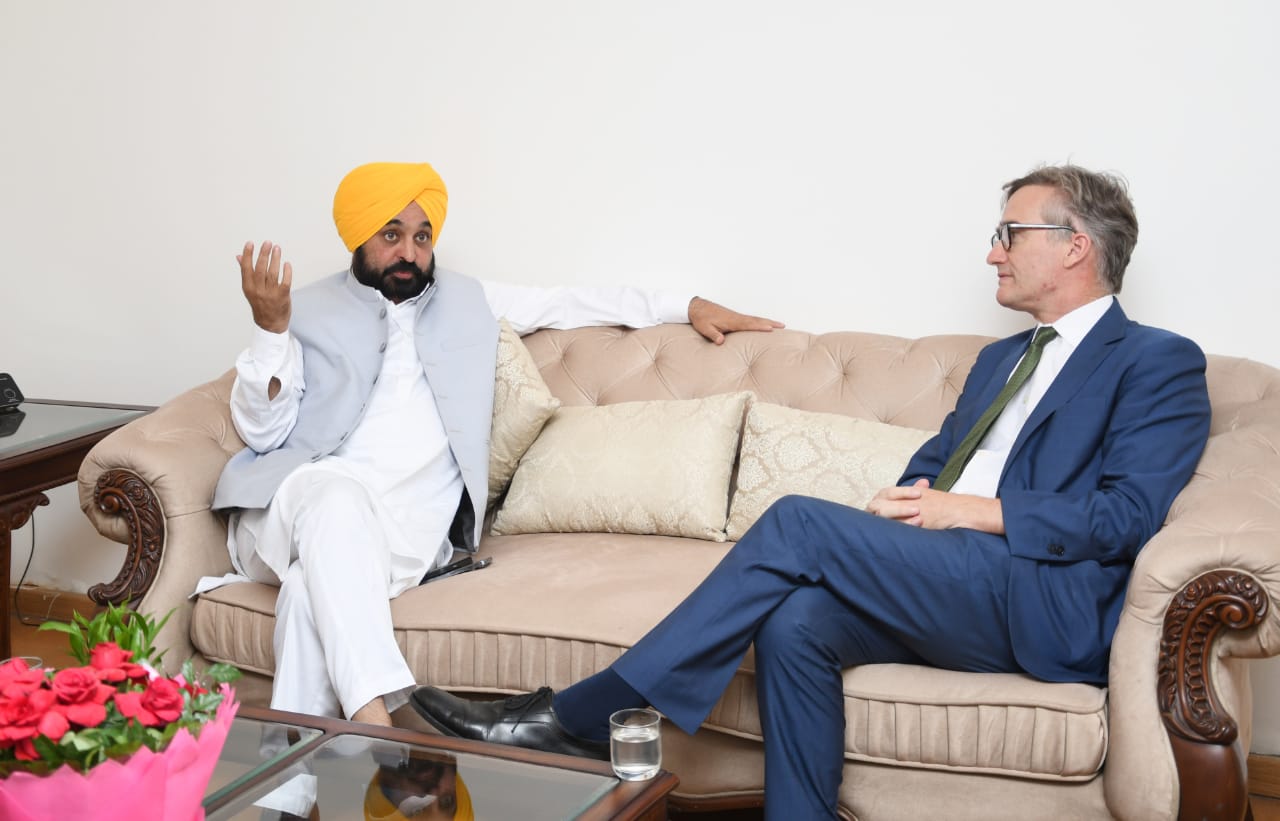 The decision was taken at a meeting between Punjab Chief Minister Bhagwant Mann and British High Commissioner Alex Ellis, who called on the former at his official residence here.

At the meeting, it was agreed that there is a huge potential of collaboration between Punjab and the UK in these sectors.

Mann said hardworking and resilient Punjabis had already made a mark in these sectors. However, he said, the advanced technology from the UK would be helpful in further harnessing the hidden potential.

Welcoming the British investors, the CM said the state government would ensure single-window online clearances to all the investors in the state.

He said the government would ensure the investors got a smooth and hassle-free mechanism to invest in the state.

Had pleasure of hosting British High Commissioner @AlexWellis today. Discussed the prospects of partnership in Education, IT and various other sectors.

Have also got assurance from him to consider the demand of direct flights between Punjab and UK. pic.twitter.com/3sFIPO2Ehr

Mann said he is already in touch with a large number of prospective investors from the UK interested in investing in the state.

Flagging the issue of direct flights from Chandigarh to London's Heathrow Airport, the CM said it would facilitate the passengers from five states in general, and that of Punjab in particular. He said the direct flight would act as a window for Punjabis to the Western world. He said a number of airlines were already in touch with him for starting the flights.

The British High Commissioner assured the CM all possible help in this regard.

He said the UK is keen on firming up investment with the state in the key sectors. Ellis lauded the Punjab government's zero-tolerance stance against corruption saying it would help boost confidence of investors in the state.