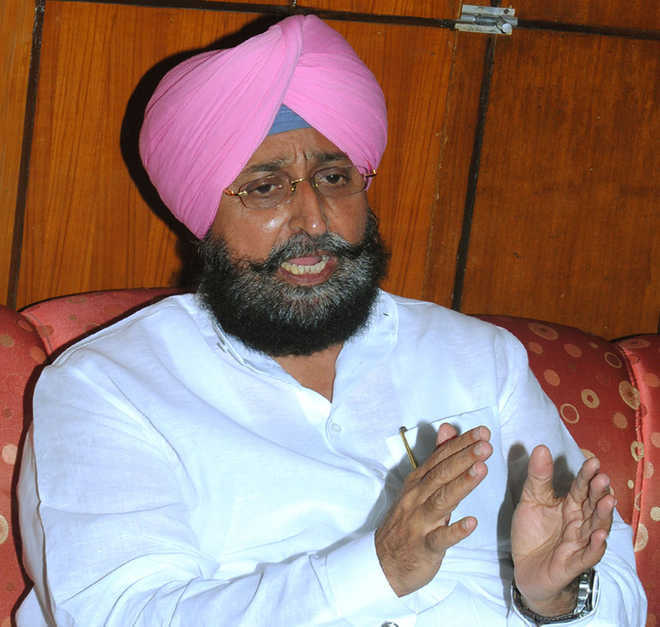 He said the CM had not given any assurance to the House so far.

There was a heated argument between MLA Sukhpal Khaira and Speaker Kultar Sandhwan. Khaira alleged discrimination saying he was not being allowed to speak during Zero Hour.

As the CM rose to present the Vigilance Commission bill, the Opposition started a protest and demanded the arrest of Sarari. Congress MLAs walked into the Well of the House.

Amid uproar in the House by Opposition over the demand for the arrest of Sarari, three bills - The Punjab Village Common Lands (Regulations) Amendment Bill, 2022, The Punjab State Vigilance Commission (Repeal) Bill, 2022, and The Punjab GST (Amendment) Bill, 2022, were passed.

The Speaker said the Congress had betrayed the people of Punjab by creating disruption in the House. He said the House was to transact business till 3.30pm but the Opposition had failed to have debate on the bills.

CM Bhagwant Mann said these same MLAs had worked with a “nakli CM” as Capt Amarinder Singh was always a BJP man.

He was responding to the Congress's jibe of a “nakli speaker” against Speaker Kultar Sandhwan.

Every day, Rs 70 lakh to Rs 80 lakh is spent on running the House but the Opposition had wasted two days, said the Speaker, adding that in case they did not relent, he would be forced to take strict action against the Opposition on Monday.