The new ministers inducted into the Bhagwant Mann cabinet were allotted portfolios on Tuesday.

These five AAP legislators were inducted as ministers in the Punjab government as CM Mann expanded his cabinet on Monday.

Below is the list of the ministers and their portfolios: 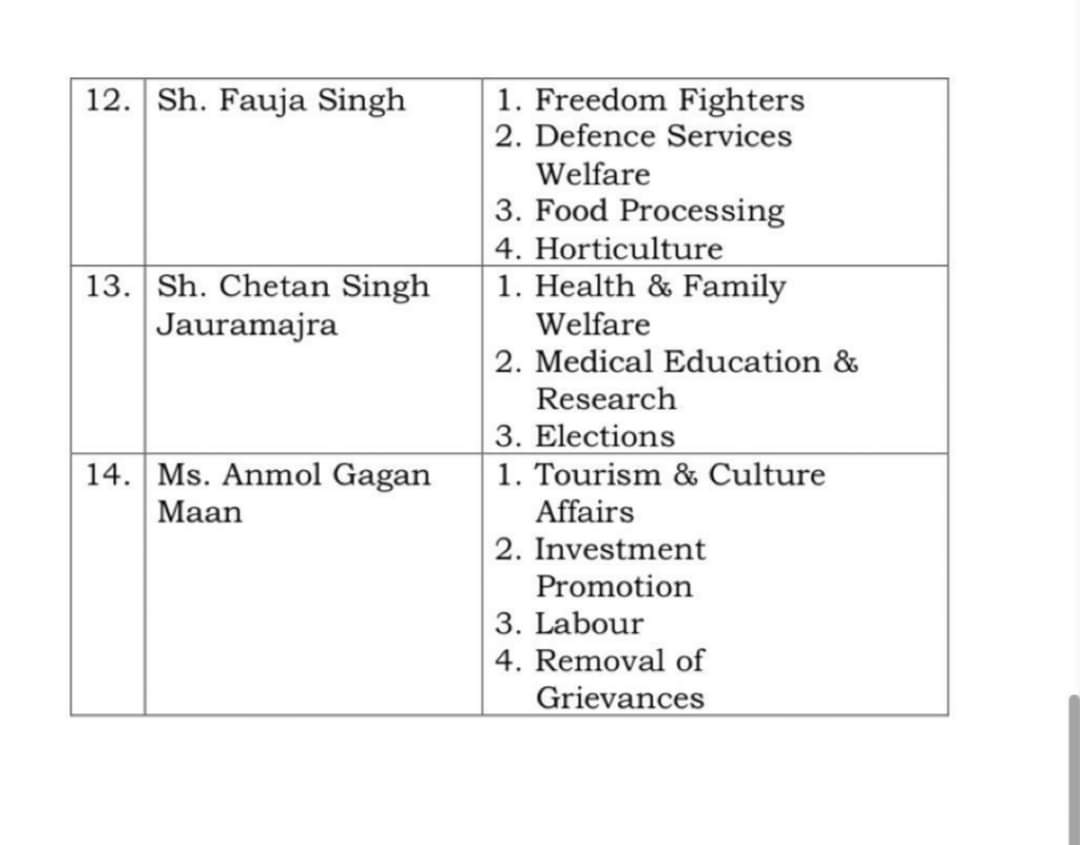