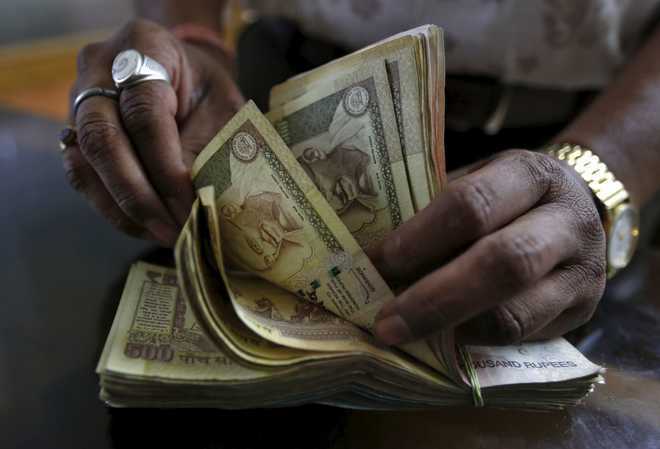 Salaries of 2.84 lakh employees and 3.76 lakh pensioners in the state will increase by a multiple of 2.59 over the pay scales recommended by the 2006 Fifth Pay Commission.

The Punjab Cabinet today approved the recommendations made by the Sixth Pay Commission for its 6.60 lakh employees and pensioners, paving the way for the implementation of the new pay scales from July 1.

Salaries of 2.84 lakh employees and 3.76 lakh pensioners in the state will increase by a multiple of 2.59 over the pay scales recommended by the 2006 Fifth Pay Commission. The annual rate of increment will be three per cent.

The new pay scales will be effected from January 1, 2016, and employees will get the arrears of the previous five years in four-and-a-half years with two instalments being released each year. The first instalment of arrears will be released in October.

With the new Pay Commission, salaries of various categories of employees in the Punjab Government remain the highest in the region, with peon’s wages being revised to Rs 31,300, clerk’s to Rs 52,490, and a constable’s and patwari’s salary to Rs 52,490.

A government schoolteacher will now draw Rs 68,350 and a nurse Rs 70,820. Other than Delhi, which gives higher pay to some of these categories of employees, the salaries of employees in Punjab remain higher than those of their

counterparts in Haryana, Rajasthan and Delhi.

Finance Minister Manpreet Singh Badal told The Tribune the annual financial implication of the new scales in salary bill of the government would be Rs 4,717 crore, in the pension bill Rs 2,924 crore and in the emoluments Rs 900 crore. “Since the Pay Commission comes into force from January 1, 2016, we will have to pay arrears of Rs 13,759 crore. Each year, we will release arrears of Rs 3,000 crore in two instalments. We had made provisions for the implementation of the Pay Commission in this year’s Budget, with Rs 9,000 crore being set aside for the purpose this year,” he said.

Interestingly, taking a cue from the Seventh Pay Commission of Government of India, the state’s Pay Commission, headed by former Chief Secretary Jai Singh Gill, has recommended that categorisation of employees for calculating salaries be done on the basis of pay bands.

As a result, as against the 130-odd pay scales (where categorisation was based on “grade pay” of employees) that are in force presently, employees will be categorised into 31 “pay bands”. It is these pay bands that will determine the emoluments and dearness allowance due to the employees.

Officials in the state Finance Department said certain anomalies in pay scales that had arisen following the implementation of the Tikshan Sood Cabinet Committee in 2011 have been removed in this new Pay Commission.

In several departments, the cabinet sub-committee had given higher pay scales to clerical and secretariat staff, over and above the recommendations of the Fifth Pay Commission. Their salaries thus had become higher than those of class 2 and 1 officers.