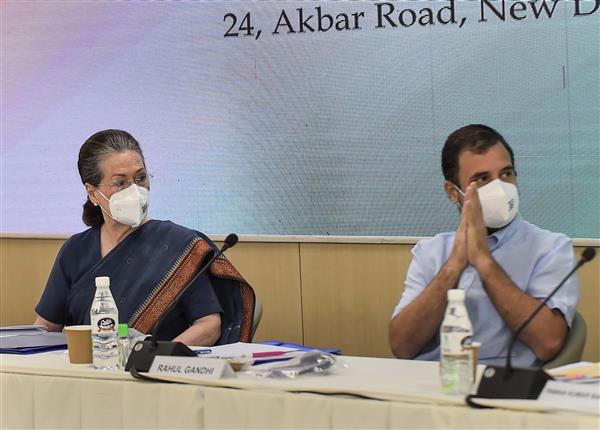 The Tribune has learnt that Manmohan Singh, on account of frail health, is not attending the CEC meeting on Punjab.

The former PM has not been attending the CEC meetings for other poll-bound states as well.

Around 60 to 70 seats of Punjab are learnt to be in the clear with the meeting underway at 9 pm.

Punjab Congress campaign committee chairman Sunil Jakhar is learnt to have joined the meeting from abroad where he has had to travel due to domestic exigency.

The meeting is expected to clear, among other candidates, actor Sonu Sood’s sister Malvika Sood from Moga.

The candidature of Sidhu Mossewala, a Congress ticket aspirant from Mansa, will be discussed, said sources.

Sources said the issue of a chief ministerial face in Punjab may also come up for discussions given the recent remarks by the CM and Sidhu.

While the CM said the party should declare a CM face because it has always won whenever a face has been declared before elections, Sidhu said the people of Punjab and not the party high command will decide the Punjab CM.

These remarks, Congress insiders say, are at variance with the decision in the screening committee meetings to fight elections under a collective leadership.

Sources said the screening committee decided that posters of CM Channi, Sidhu and Jakhar should be used in equal measure to give Congress an inclusive appeal in the state.