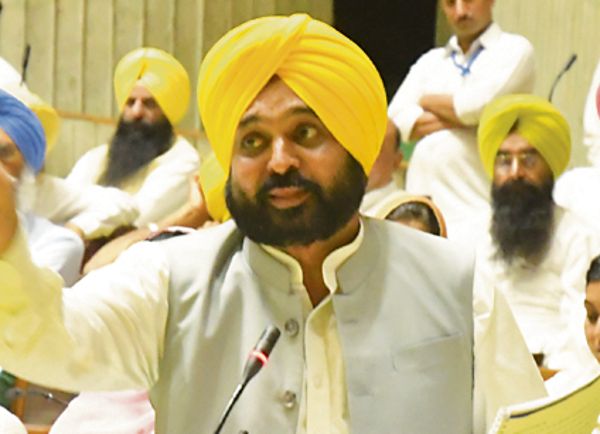 Having witnessed years of fiscal mismanagement and reliance on doles in election years, Punjab could see some course correction, given the indications in the White Paper on State Finances presented by the AAP government in the Vidhan Sabha today.

The government proposes to shed some of its “inheritance of loss” by disinvesting its stake in loss-making state undertakings, boards and corporations. The government also proposes to merge and wind up some of these 46 entities.

The 73-page document states that these undertakings, boards and corporations had an outstanding amount of Rs 43,204.59 crore, as they have raised a debt of Rs 54,948.75 crore. The total outstanding debt of the state is Rs 2.85 lakh crore. The AAP government will be disinvesting its stake in these undertakings as return on investment of Rs 23,853.71 crore by the state government in these entities is just 0.016%.

The White Paper also states that there is a need to compensate for the “lost decade” (including the Akali-BJP rule from 2012-17). It also mentions how sops given by the previous government last year had pushed the state further into financial mess.

The White Paper comes just two days before the government is to present its maiden Budget proposals for 2022-23. It shows the state is in a debt trap, where more debt is being accumulated to repay old one. The state finances are in a free fall and with the GST compensation regime ending this month, it is a “fall off a cliff” scenario, which will see the state having a revenue shortfall of Rs 15,000 crore this year, and Rs 21,000 crore per annum thereafter. The state’s debt has grown by 44.23% in the five years of the Congress rule, translating into a compounded growth rate of 7.60% per annum, reveals the White Paper.

The state of finances, as is revealed in the White Paper by Finance Minister Harpal Cheema today, may not allow the government enough fiscal space to fulfil all its pre-poll promises immediately.

The previous Congress government has left them with immediate and medium term staggering liability of Rs 24,351. 29 crore, which the AAP government will have to discharge now. The state’s debt indicators are the worst in the country, says the White Paper.

What govt has inherited