Meeting a follow-up to Sidhu’s meeting with KC Venugopal and Harish Rawat on October 14, followed by a meeting with Rahul Gandhi 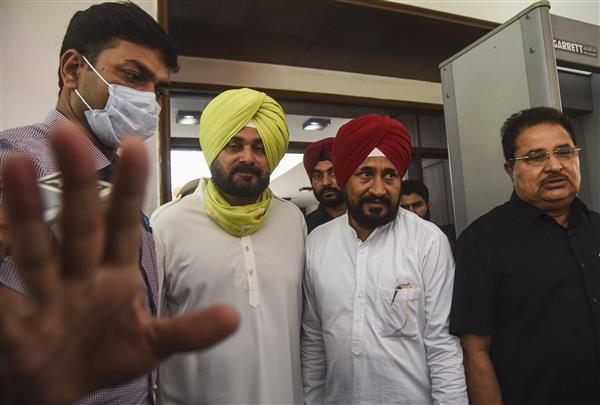 The meeting was a follow-up of Sidhu’s meeting with AICC general secretary KC Venugopal and Punjab affairs in-charge Harish Rawat on October 14, followed by a meeting with party leader Rahul Gandhi.

Party high command had categorically told both Sidhu and CM Channi had been asked to sit together and iron the issues that have become bone of contention between the two leaders.

The meeting happened hours after Sidhu made public a letter written to party president, seeking a personal meeting on 13-point Punjab agenda.

On September 30, a three-member panel comprising CM Charanjit Singh Channi, Navjot Singh Sidhu and AICC general secretary in-charge of Punjab affairs was decided upon to resolve the impasse over official appointments besides other issues. However, no formal orders were issued in this regard.

This decision was taken at a meeting between the CM, Sidhu, Punjab affairs incharge Harish Rawat on September 30.

It was then decided that the three-member panel would meet at least once a week to discuss key government decisions and appointments, indicating that Sidhu would be involved in the decision-making exercise.

Giving officiating charge of DGP Vigilance to Siddharth Chattopadhyaya was in line with Sidhu’s demand, who wanted to make him DGP.