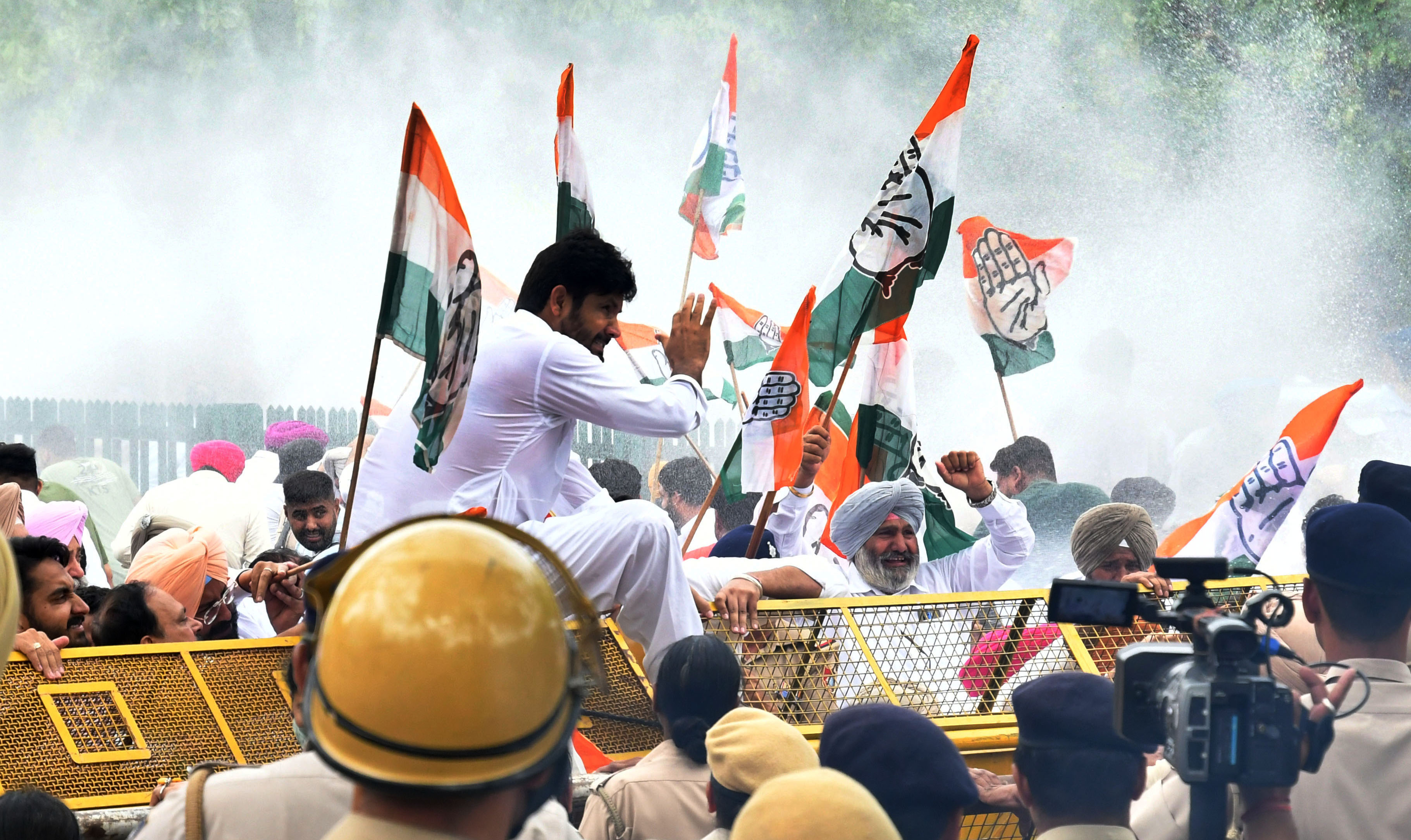 Leaders of the Punjab Congress, led by PCC chief Amrinder Singh Raja Warring and Leader of the Opposition in Vidhan Sabha Partap Singh Bajwa, today took out a march from the Congress Bhawan here to protest the questioning of party leader Rahul Gandhi by the Enforcement Directorate (ED).

The Chandigarh Police used water cannons to stop the protesters as they tried to march towards Raj Bhawan. They were taken into preventive custody and detained at the Sector 3 police station before being released.

Addressing workers, the PCC president pointed out the ED was only trying to harass party leaders. “They have been questioning Rahul for hours together for so many days, only to call him the next day,” he said, adding even the ED did not know what the charges were against the Congress leader.

He said Rahul’s prolonged harassment had galvanised party workers and that they were ready to fight against the “dictatorship” of Prime Minister Narendra Modi and his government.

Bajwa said the BJP government was scared of the Congress and Rahul. “This is the reason Modi wants a ‘Congress-mukt Bharat (Congress-free India)’. But millions of Congress workers across the country will shatter all their dreams,” he said.