Bhawra is expected to go on leave from July 5 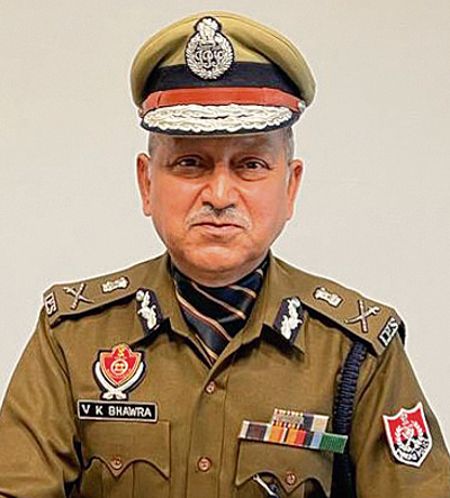 Bhawra is expected to go on leave from July 5.

The DGP was under pressure owing to number of law and order issues in the state.

Earlier, Bhawra reportedly made himself available for a central deputation. In a communication to the state government, had stated that he has given his consent for a central posting.

With him looking for a Central deputation, the slugfest for the DGP post has begun. DGP (Prisons) Harpreet Singh Sidhu and DGP-cum-Special Principal Secretary to the CM, Gaurav Yadav, are the front runners for the post if Bhawra, like Dinkar Gupta, proceeds on leave in case the AAP government decides to replace him.

The government can post any DGP-rank officer as the head of the state force for up to six months. During this time, it will have to send a panel of officers to the Union Public Service Commission (UPSC) for short-listing three officers, one of whom would be chosen for the DGP’s post by the state government.

It has become challenging for the AAP to provide a stable police administration. Some top leaders of the party, including CM Bhagwant Mann, a Rajya Sabha member and the party’s national leadership, have separate influence on the police.

Bhawra has faced criticism over law and order problems, especially over the killing of Moosewala, whose security was withdrawn a day before the incident. Besides, the police faced several embarrassing moments in the investigation of the case and prevention of crimes. He had to clarify his statement on Moosewala’s killing linking it to a gang war.

The police also seemed to play second fiddle to the Delhi Police in catching the gangsters involved in the crime. The state police also could not arrest three persons who had shot a rocket-propelled grenade at the Punjab Police Headquarters in Mohali.

Another issue was the creation of the Anti-Gangster Task Force (AGTF) by CM Mann even though a specialised unit was already in place for the purpose. The unit, called the Organised Crime Control Unit (OCCU), had achieved much success in the past. The OCCU and the counter-intelligence (CI) were under one command. However, the new unit AGTF was separated from the counter-intelligence unit with different command, probably leading to a different response by the police to criminals.