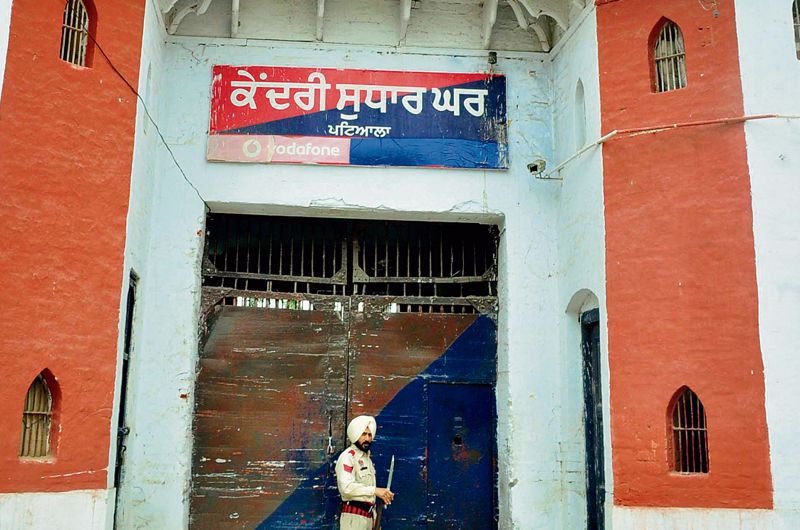 Known to house the hardened criminals, the Patiala Central Jail has become the talk of the town for housing two politicians and a celebrity, including Bikram Singh Majithia, Navjot Singh Sidhu and singer Daler Mehndi.

Patiala: Known to house the hardened criminals, the Patiala Central Jail has become the talk of the town for housing two politicians and a celebrity, including Bikram Singh Majithia, Navjot Singh Sidhu and singer Daler Mehndi. Even Sukhpal Khaira of the Congress and singer Shree Brar were lodged here earlier in different cases. The development has kept the jail officials on their toes to ensure safety of the VIPs and other inmates.

Accolades or flak for Bajwa?

Gurdaspur: Among all Congress MLAs, Partap Bajwa seems to be the only one who is in active mode. After his rousing performance as the Leader of Opposition in the Vidhan Sabha where he locked horns with AAP legislators over an assortment of issues, he is now basking in the limelight after being nominated as an observer for the Himachal Pradesh Assembly poll. During his two terms as the Lok Sabha and Rajya Sabha MP, the erudite and smooth-talking Bajwa is known to have made many friends in the higher echelons. If the Congress performs well in Himachal, he will be taking all the accolades. And if it does not, he should be ready to take the flak.

Muktsar: SAD chief Sukhbir Singh Badal and Bathinda MP Harsimrat Kaur Badal attended the meeting of the District Development Coordination and Monitoring Committee at the District Administrative Complex on Saturday. Some politicians said when the family was in the power, they used to hold meetings at their residence in Badal village, but now they seemed to have realised the difference between powerful and powerless.

Bathinda: Yashveer Goyal (23), a deaf youth of the city, who has carved a niche in different fields and won various international and national awards, has added another feather to his cap by scoring over 68% in MA (History), from Indira Gandhi National Open University. Born with complete hearing impairment and congenital deformities, Yashveer beat all odds and excelled in computer education, sports, photography and speech contest.