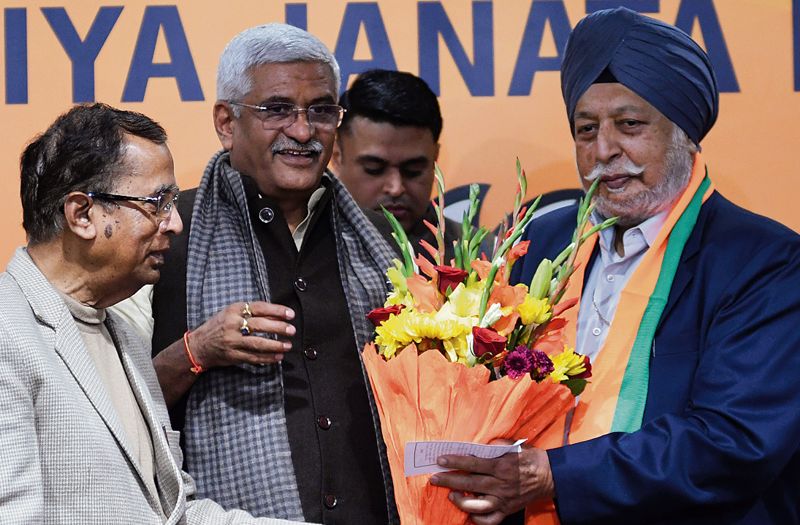 SS Virk, former DGP of Punjab and Maharashtra, on Friday joined the BJP along with several prominent persons from Punjab. A Padma Shri awardee, Virk was once at the forefront of the fight against terrorism in the 1980s and 1990s.

A 1970-batch IPS officer of the Maharashtra cadre, Virk was brought to Punjab on deputation in 1984 during militancy. He was the Punjab DGP during Capt Amarinder Singh’s first tenure as Chief Minister 2002-2007 before being moved back to his parent cadre. Just months after the 26/11 Mumbai attacks, he was appointed Maharashtra DGP.

In 1986, he was sent on deputation as CRPF DIG and was stationed at Amritsar, with KPS Gill as the IG of the paramilitary force. In May 1988, during Operation Black Thunder, Virk was hit by a bullet in his face outside the Golden Temple and remained in coma for nine days.

Union Minister and BJP’s Punjab in charge Gajendra Singh Shekhawat welcomed him into the party. — TNS