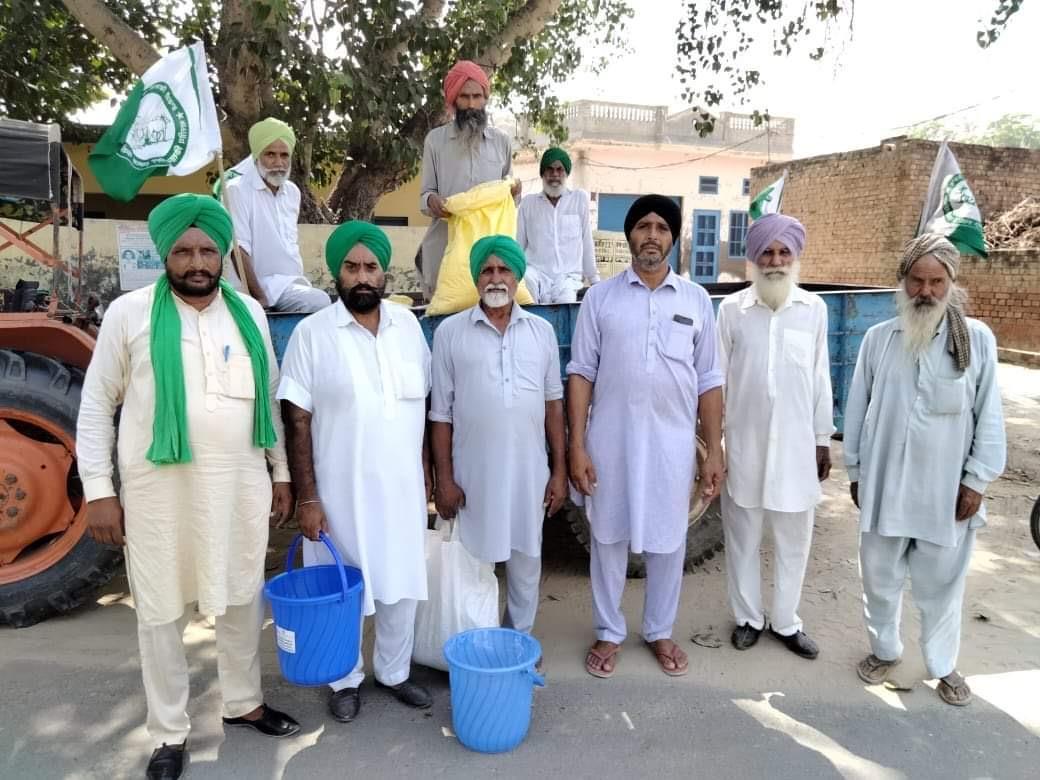 Farmer activists collecting dry rations in villages of Sangrur for the farmer protests to start from Thursday. Tribune photo

A unique social movement is taking place in Punjab, where people from all walks of life come forward to help farmers for their indefinite strike beginning on Thursday against the agriculture laws enacted by the Modi government.

As a four-pronged strategy has been agreed upon by the 31 farmer organisations as part of their protest, people from all segments are contributing dry rations for the langars to be served to protestors, who will be sitting on railway tracks as part of the ‘Rail Roko’ campaign, and for the protestors outside the residences of BJP leaders. The other two protest strategies announced by the farmers unions are gheraoing of businesses run by multinational companies who are intended beneficiaries of government withdrawal from food grain procurement; and asking all gram sabhas to pass resolutions against the new laws, which farmers believe are intended to stop government purchase of crops.

The protest on Thursday will be outside the residences of Union Minister Som Prakash in Phagwara, former Punjab BJP president Shwait Malik in Amritsar, and former MLA Sukhpal Nannu in Ferozepur.

Other than helping the protesting farmers with rations, performing artistes- singers and theatre artistes, too, have been moving from village-to-village, mobilising people to come out and protest and will also be performing at the venues of protest.

Public announcements are also being made from religious places in rural and semi-rural areas, while vehicles with loudspeakers urge people to join the protests in large numbers. While youth clubs in villages have extended support, so have the commission agents, traders bodies, and associations of various government employees.

As farmers in the state prepare to launch their biggest offensive against the agriculture laws, amongst the political parties, Congress, Aam Aadmi Party and Shiromani Akali Dal, too, have started their protests. While AAP has started its campaign to energise Gram Sabhas against the new laws, by holding a function at Gharachon village in Sangrur, Akali Dal is planning Kisan March from the three Takhts tomorrow, claiming participation of two lakh farmers.