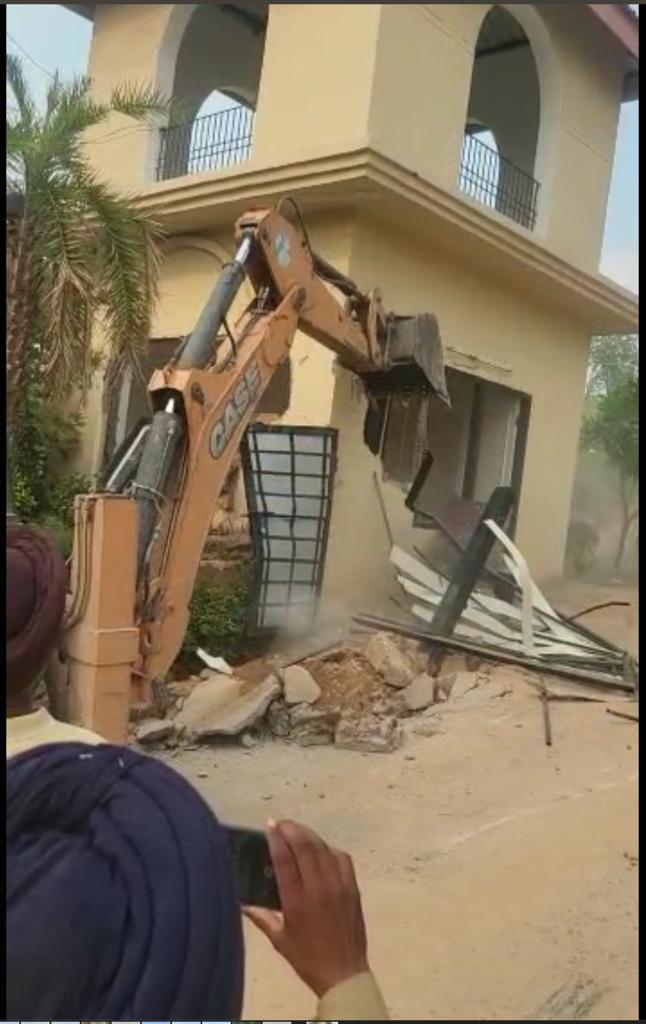 A structure built on forest land being razed on Thursday. Tribune photo

The Forest Department today demolished illegal structures in the periphery of Chandigarh at Karoran and Masol villages, falling in Mohali district.

The action was taken after an FIR was registered recently against Col BS Sandhu and his accomplices for allegedly felling 500 trees and violating the Punjab Land Preservation Act (PLPA) in the villages.

A contingent comprising 150 forest and police officials along with officials of Forest and Revenue Departments and GMADA was deployed. In a bid to stop the demolition, violators threatened officials with dire consequences. Despite this, the team successfully completed the operation.

Forest Minister Lal Chand said the department was conducting a detailed demarcation in the periphery of Chandigarh in the private and panchayat areas “closed” under Sections 4 and 5 of the Punjab Land Preservation Act, 1900. This was being done to ascertain the legality of commercial activities and farmhouses as reported in the media recently, he added.

Import duty on gold up; addl levy on fuel exports