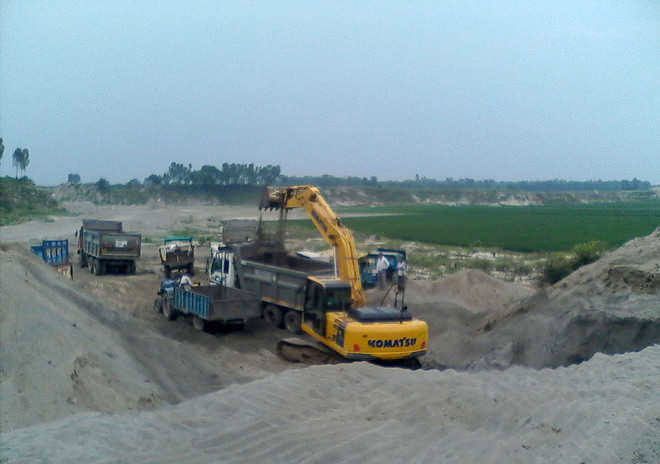 The AAP government in Punjab is all set to change the provisions of the mining policy brought out by the previous Charanjit Singh Channi government, with an aim to regulate the entire gamut of mining of minor minerals.

The government is looking at fixing the retail price of sand and gravel for the consumer. To date, all previous mining policies have fixed the rate at which the mining contractors sell these minor minerals at the quarrying site. As a result, the traders get the sand and gravel at cheaper rates, while the consumer rarely sees the benefits passed on to him.

In the mining policy brought by the previous government, the price of sand at the quarrying site was reduced from Rs 900 per 100 cu ft to Rs 550 per 100 cu ft. However, the consumer continued to pay Rs 1,900-Rs 2,500 per 100 cu ft as the transporters and traders pocketed the benefit of reduced prices.

Official sources said the retail price of sand and gravel would be fixed at around Rs 2,000 per 100 cu ft. The money will be collected at the point of sale. The prices pre-fixed for all other stakeholders — contractor, transporter and trader — will be later distributed to them. These changes in the policy are to be okayed by the Council of Ministers, before they are implemented. “We are trying to get it approved in the Cabinet this month,” said an official source, adding that since some of the mining clusters were still under contract, these amendments were being made in the policy.

The new mining policy will be brought by the government later, after the lease on current contracts for mining expire. Interestingly, the government is also aiming to regulate the stone-crusher business.