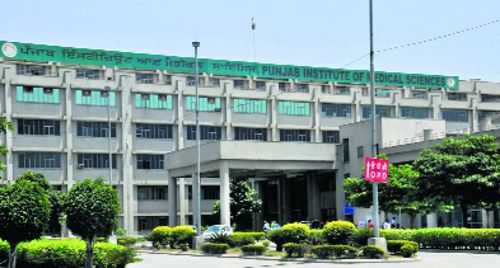 The Punjab government has ordered a probe into the alleged misuse of funds at PIMS, Jalandhar.

Former Akali minister Surjit Singh Rakhra’s role has come under the scanner. He was heading the PIMS Charitable Society, which was allotted the institution on a 99-year lease by the then Akali government in 2009-10.

Punjab Institute of Medical Sciences or PIMS is a big health-care project in the PPP mode, which was handed over to a society headed by the former minister in the then SAD-BJP government, Surjit Singh Rakhra. The society, PIMS Charitable Society, was handed over the institute on a 99-year-old lease in 2009-10, when the Akali-BJP government was in power. The society comprised prominent NRIs.

Sources say that in 2014 the society handed over the institute to a private chain of hospitals, without following the due legal procedure. “The basic infrastructure that had to be built by the consortium was not built and the lease money to be paid to the government was erratic. As a result, the norms of the agreement were breached,” said an official.

On Wednesday, the PIMS management was grilled on various aspects of the breach of contract with the state government, at a meeting chaired by Chief Minister Bhagwant Mann. He has now ordered a probe into the working of the institute.