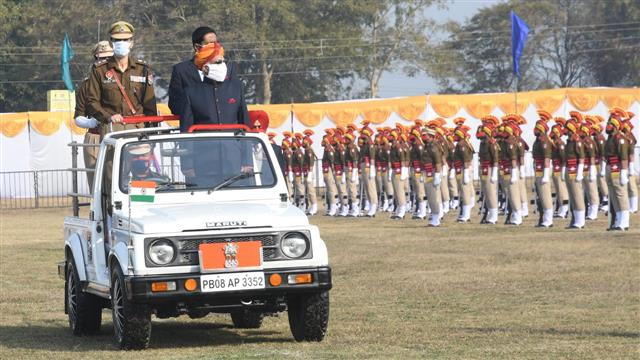 Punjab and Haryana on Tuesday joined the nation in celebrating the 72nd Republic Day amid tight security arrangements.

Also read: In pictures, ITBP jawans march with Tricolour at a height of 17,000 feet

Police and home guard contingents took part in parades held in district headquarters in the two states and their joint capital Chandigarh.

Officials said all coronavirus-related safety guidelines were followed during the functions.

Also read: My heart is with farmers on Republic Day: Amarinder

Both Singh and Khattar conveyed their greetings to people on the occasion.

"Let us celebrate the diversity of our Republic by remembering the immense sacrifices & contributions of our farmers, soldiers, scientists and many others. #RepublicDay is a solemn occasion to reaffirm the pledge for preserving our democratic rights guaranteed by our Constitution," Singh said in a tweet.

Also read: Not having made it as chief guest, Boris Johnson greets India on Republic Day