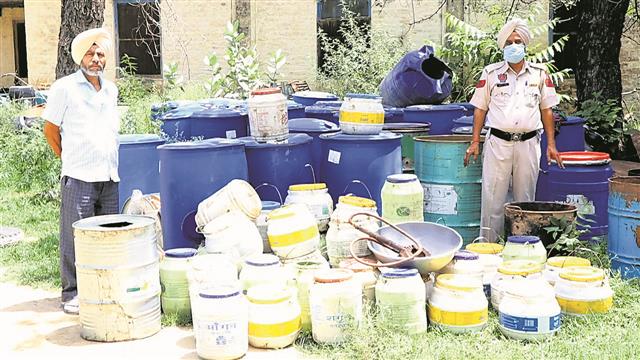 At a meeting with senior administrative, police and excise officials of Tarn Taran, Amritsar and Batala districts, Chaudhry sought details on modes used to ferry industrial spirit from distilleries and to which all places it was supplied.

He observed that police and excise officials failed to perform their duty satisfactorily. The Health Department officials were also called for the meeting to ascertain the reasons for the delay in preparation of viscera reports.

The police officials were told to furnish a detailed report on the investigations, recoveries, arrest of bootleggers, FIRs lodged and the statements of victims and witnesses. He also demanded a list of the excise officials deputed in these areas over the past two years and the production and ownership minutes of the distilleries.

The Divisional Commissioner sought information on what steps the three police districts had taken after the government launched a crackdown on illicit liquor trade in May.