‘Decision likely to give rise to unrest among the populace, including peasantry which has to cross the bribed wire to cultivate their land along the border’ 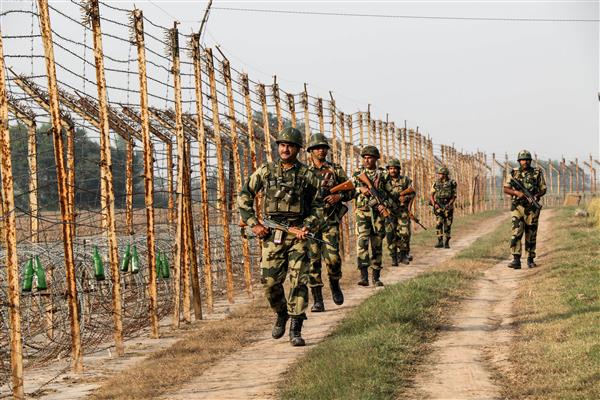 The Punjab Government has moved the Supreme Court against the Centre’s decision to extend the jurisdiction of the Border Security Force (BSF) in the state from 15 to 50 km along Indo-Pak border, saying it went against federalism and will lead to chaos.

In its original suit filed under Article 131 of the Constitution, the Charanjit Singh Channi-led Congress Government said, “…geographically, the State of Punjab is a small state, but has a very potent history and, therefore, its case and concerns are distinguishable and no reason can justify the extension of jurisdiction (of BSF) to the belt of 50 kilometers.”

Noting that more than 80% areas of the border districts and all major towns and cities, including all the district headquarters of Punjab would be covered under BSF’s jurisdiction, the Punjab Government submitted that the MHA’s decision “is likely to give rise to unrest among the populace, including peasantry which has to cross the bribed wire to cultivate their land along the border”.

I congratulate Punjab and it’s legal team to be the 1st to approach the Hon’ble Supreme Court by filing an original suit challenging the notification extending the BSF jurisdiction.

Contending that it can lead to chaos and conflict in trial of offences between law enforcement agencies, the Punjab Government has urged the top court to stay the October 11, 2021 notification of the Ministry of Home Affairs (MHA).

“The original suit filed by the Punjab Government was taken up for hearing on Friday by a registrar’s court which asked the Attorney General to respond to it and posted the matter for hearing after four weeks,” Punjab Advocate General DS Patwalia told The Tribune.

After the filing of response by the Centre, the original suit filed under Article 131 of the Constitution would be listed before a Bench for hearing.

While the MHA notification extended the BSF’s jurisdiction from 15 to 50 km in Punjab, West Bengal and Assam, it reduced the same from 80 to 50 km in Gujarat. In Rajasthan the limit remained unchanged at 50 km.

The Punjab Government termed the MHA’s decision a “unilateral declaration” without consulting the state and without conducting any consultative process.

Maintaining that the concerns of Punjab are “totally different and distinguishable” from the geography and concerns of other border states and union territories, the Punjab Government complained that densely populated areas of the state have now been included in the jurisdiction of BSF.

“In the case of Gujarat, most of the area falls in Kutch and saline marshes, whereas the areas in the State of Rajasthan is a desert land, permitting only sparse vegetation to sustain low populace in the relevant area to which jurisdiction of BSF has been extended,” it submitted.

“In the case of Punjab, the area is highly fertile, heavily populated, and covers most of the physical areas forming part of the border districts of Pathankot, Gurdaspur, Amritsar, Tarn Taran, Ferozepur, Fazilka, etc.,” it contended.

It has assailed the notification on the ground that it “defeats the purpose of Entry 1 and 2 of List-II of Schedule-7 of the Constitution of India and encroaches upon the plaintiff’s plenary authority to legislate on issues which relate to or are necessary for maintenance of public order and internal peace”.

Under Entry 1 and 2 of List-II (State List) of Schedule-7 of the Constitution, ‘public order’ and ‘police’ are enumerated as subjects on which states are empowered to make laws and exercise executive powers.

“To this extent the defendant (MHA) has departed from the principle of federalism inasmuch as the defendant has no power to make any laws in respect of the matters enumerated in List-II of schedule-7 of the Constitution of India.