Arrests in case rise to 40, more likely as cops track his leads to Delhi and other places in Punjab 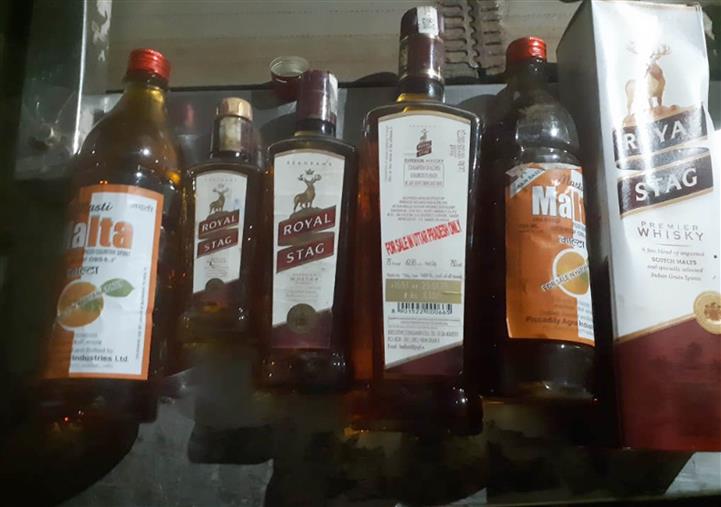 A file photograph of raid in liquor unit in Ghanaur.

In a major breakthrough in the hooch tragedy case, Punjab Police have arrested a Ludhiana-based paint store owner, allegedly responsible for triggering the chain of events that ultimately resulted in the death of 111 people across three districts.

Rajeev Joshi, owner of Ludhiana Paint Store, was nabbed late on Monday evening, according to DGP Dinkar Gupta, who said the accused had disclosed that he supplied the three drums of methanol (methyl alcohol), which were used to make the spurious methanol-based alcohol, to Prabhdeep Singh, nephew of Ravinder Anand of Moga who is further linked with Avtar Singh.

The police are tracking the leads given by Joshi, who was reportedly procuring various types of alcohol and spirits from various places in Punjab and Delhi.

With the arrest of Joshi and two other key players in the entire tragic saga, the number of arrests in the case has gone up to 40 – 21 from Tarn Taran, 10 from Amritsar-Rural and 9 from Batala.

The arrests followed 563 raids conducted in the three districts since July 31, under five FIRs registered in the case (one in Batala, two in Amritsar-Rural and two in Tarn Taran).

The DGP said one absconding accused, identified as Dharminder of Hathi Gate, Batala, was arrested on Tuesday in the case related to the 13 deaths in Batala.

The DGP said 50 litres of alcohol was seized from him.

In addition, the state police had launched a major state-wide crackdown on spurious liquor in the past 24 hours, leading to the arrest of 184 people in 238 cases.

A total of 5,943 litres of Illicit liquor, 1,332 litres of licit liquor and 32,470 kg of Lahan has been recovered, along with 8 working stills, in these state-wide raids conducted by districts/commissionerates at various suspicious places.

The raids, personally supervised by senior officers, led to the arrest of the 184 accused involved in sale/ procurement/manufacturing of illicit liquor.

The liquor and lahan seizures were reported from in and around Sutlej river in Ludhiana Police Commissionerate, some areas of Amritsar (Rural), Tarn Taran district, as well as Anandpur Sahib and Nurpur Bedi areas, said the DGP.

According to the DGP, the arrest of Joshi and other criminals, has led the police to identify some more key people involved in the manufacture and distribution of spurious liquor, including the supply chain of methanol (methyl alcohol), which led to the deaths in Tarn Taran, Amritsar & Batala.

Incidentally, methanol or methyl alcohol poisoning has been behind most of the hooch tragedies in India, including the recent one in Assam (168 deaths), UP (97 deaths) and Uttarakhand (30 deaths) in February 2020.

Similar unfortunate hooch tragedies had earlier caused 167 deaths in Mumbai in June 2015 and in Bihar in August 2016.

Currently, methanol is easily available in the market, and has many industrial applications including the manufacture of varnishes among other products.