Protesting Punjab farmers spent the Tuesday night on YPS chowk in Mohali. The farmers are carrying ration, beds, fans, coolers, utensils, cooking gas cylinders and other items with them. They were seen earting langar from a nearby Gurdwara in Phase 8, mohali, on YPS chowk. 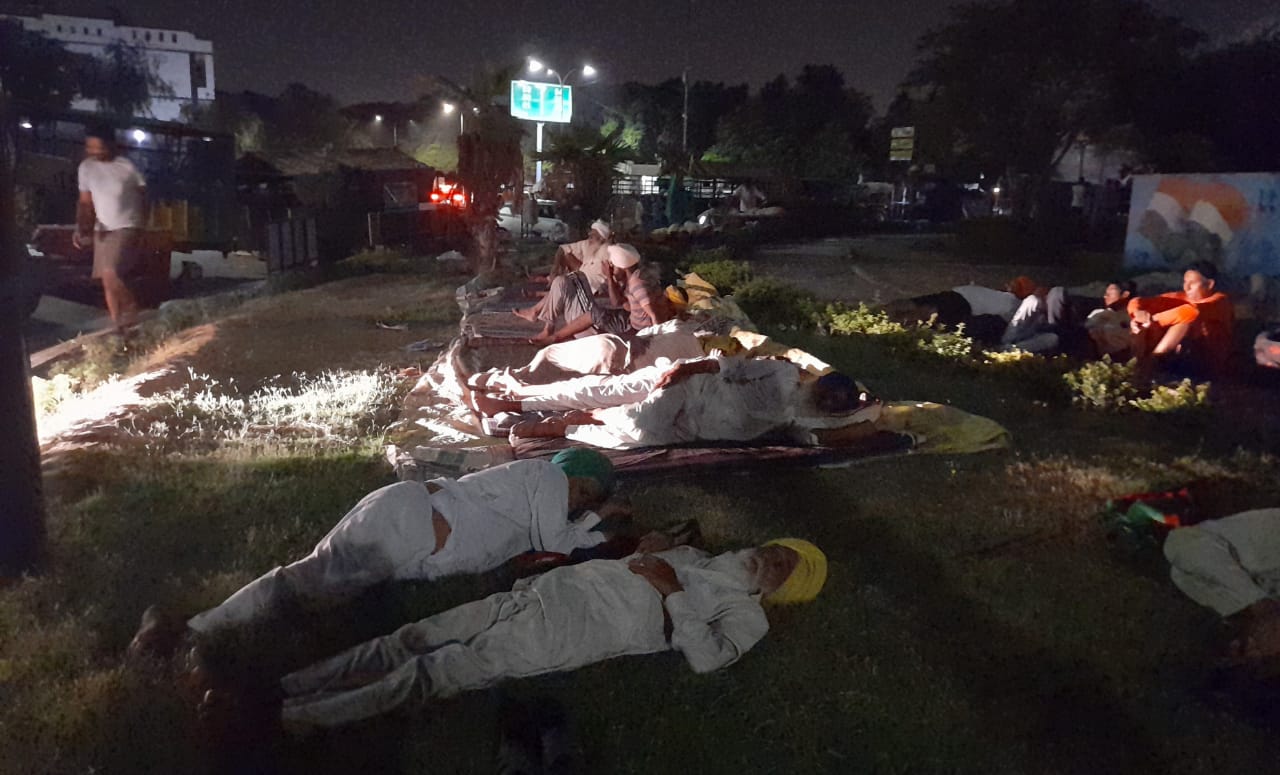 Farmers had given an ultimatum to the government and said if the chief minister did not hold a meeting with them by Wednesday, they will move towards Chandigarh breaking barricades for holding an indefinite protest.

The farmers are on a sit-in protest near the Chandigarh-Mohali border since Tuesday after being stopped from heading to the state capital to press the government for a bonus on wheat crop and allow paddy sowing from June 10.

Meanwhile, the Mohali Police have put up barricades and tippers and rolled out water cannons to prevent protesting farmers from entering Chandigarh.

Heavy contingent of police has been deployed at the Chandigarh-Mohali border.

Punjab Chief Minister Bhagwant Mann on Tuesday called the agitation by state farmers as unwarranted and undesirable, but said he is ready for talks.

The government has asked farmers not to go for paddy transplantation till June 18.

The CM said his doors are open for talks with farmers but hollow slogans cannot break his resolve to check further depletion of groundwater.

"They have a democratic right to hold a dharna but they should tell their issues," said Mann while talking to reporters after returning from Delhi.

Mann said the government held talks with farmers on Tuesday.

When asked that farmers are adamant on meeting him, Mann said, "They can come any time. I have been calling them earlier as well."

Mann said the staggered programme of paddy sowing will not harm interests of farmers but it can act as a catalyst to save underground water.

"I am the son of a farmer. I know how it can happen. What is the difference between June 18 and 10," he asked.