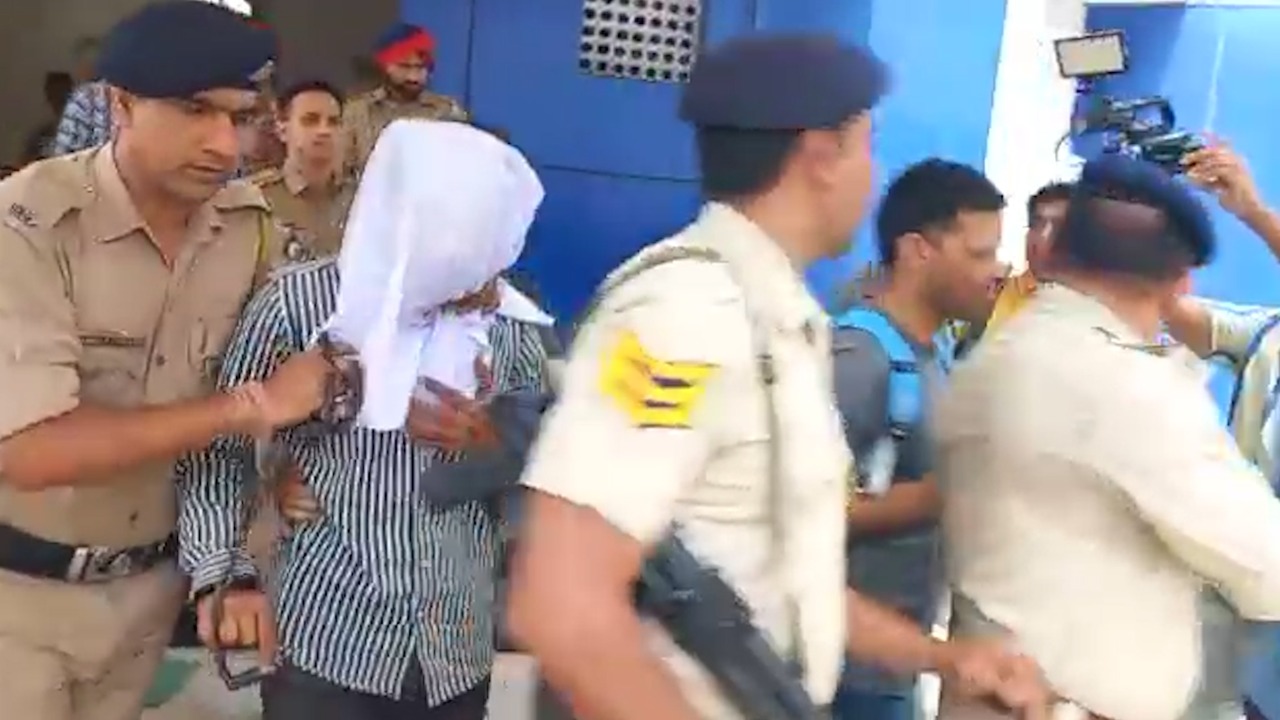 A video grab of Himachal Pradesh Police with Harbir Singh, who was arrested from Morinda in Punjab.

The SIT constituted by Himachal Pradesh Police has cracked the case in which miscreants had put up Khalistan posters outside the main gate of the Vidhan Sabha complex here.

Sources here said the Himachal police teams conducted raids at Chamkaur Sahib and Morinda areas of Ropar district of Punjab to nab the accused. The police had identified two accused in the case. While one of the accused has been arrested the other person has absconded, sources said.

Kangra SP Khushal Sharma said the case had been cracked but the details would be provided by the police headquarters.

The police also raided the house of Paramjit Singh at Rurhki Heera village in Chamkaur Sahib of Ropar on Wednesday morning but failed to arrest him as he fled the house.