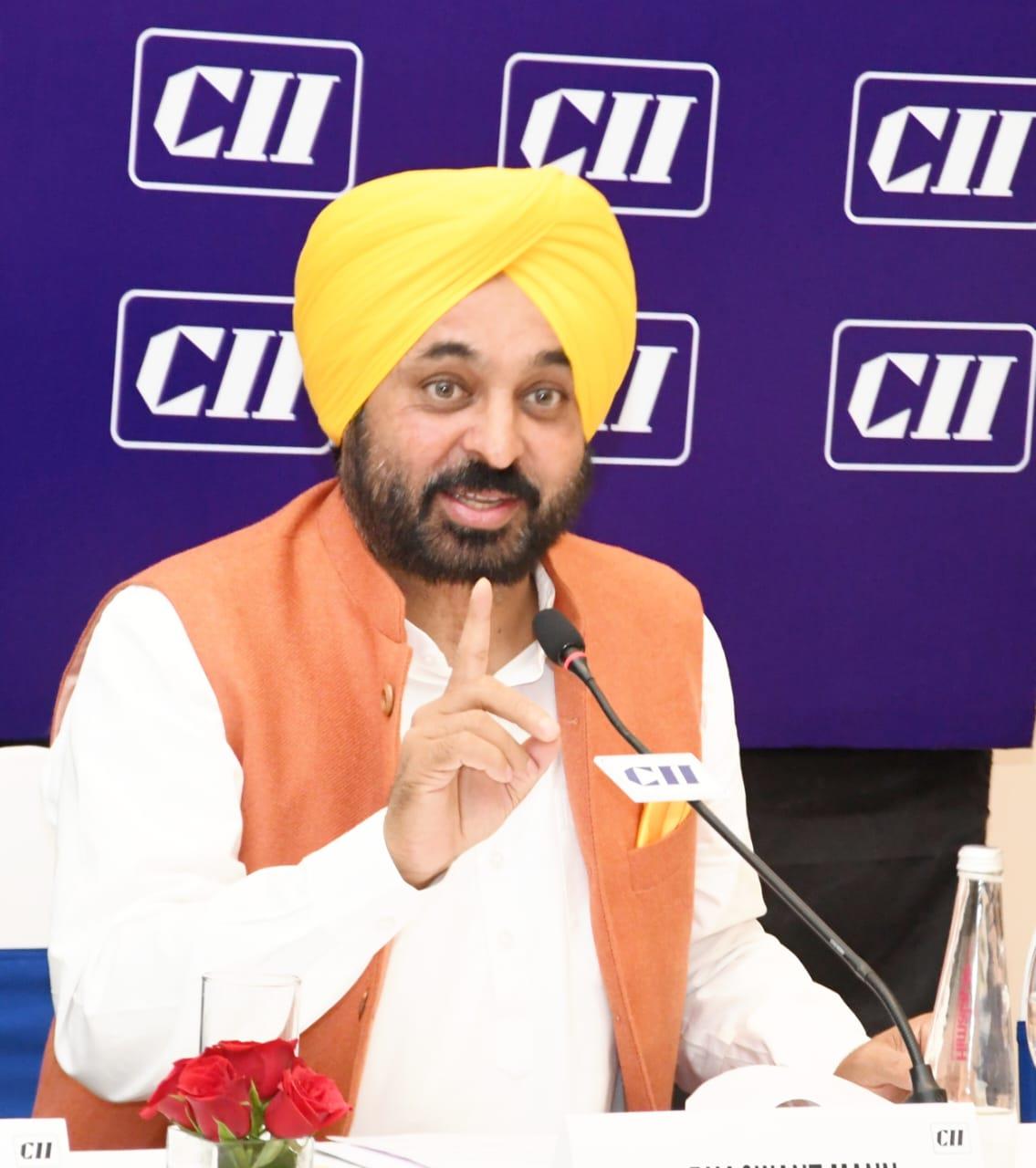 Bhagwant Mann at the CII meet.

While interacting with the delegates at the fifth meeting of the Confederation of Indian Industry (CII) Northern Region Council here on Friday, Mann said Punjab would soon launch the EV Policy to promote electric vehicles and EV component manufacturing in the state, recognising the huge potential of electric vehicles as a long-term sustainable solution.

He said Punjab is committed to improving investor experience, and building a business-conducive environment. He also invited all industry representatives to attend the Progressive Punjab Investors Summit slated to take place on February 23 and 24 next year.

Rolling out red carpet to the captains of industry, the Chief Minister said the state offers one of the most competitive rates of power for all industries and is recognised as one of the top achievers in significantly improving its ease-of-doing business, in the latest Business Reforms Action Plan (BRAP) report of the Government of India.

He said Punjab had undertaken simplification and digitisation of processes for compliances, decriminalisation of minor offences and elimination of redundant laws and overlapping regulations.

Reiterating commitment of his government to transform the state into a major industrial and export hub by facilitating businesses and creating an investor-friendly environment, Mann said the state government is further strengthening the single-window system for facilitating the investors.

The Chief Minister said that ‘Start Up Punjab’ promotes entrepreneurship by creating an investor-friendly environment conducive to start-ups and a dedicated Innovation Mission Punjab has been set up to encourage entrepreneurship and innovation in the state.