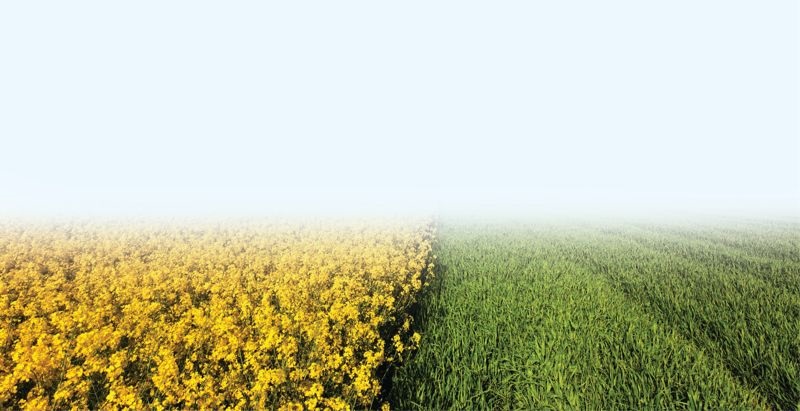 As Punjab makes an ambitious crop diversification plan, the Bhagwant Mann government will be seeking financial support from the Government of India for its implementation.

This plan is to be presented by the Chief Minister during the meeting of Governing Council of NITI Aayog scheduled for Sunday.

The state, which for years has been grappling with the ill-effects of wheat-paddy monoculture, is now looking at promoting moong, maize and basmati varieties of paddy (instead of water-guzzling non-basmati varieties).

Punjab will also seek a place for its representatives in the committee constituted recently for resolving all agricultural issues, including legal guarantee of MSP for crops.

The state, which for years has been grappling with the ill-effects of wheat-paddy monoculture, is now looking at promoting moong, maize and basmati varieties of paddy (instead of water-guzzling non- basmati varieties). For the plan to be successful in the state’s sensitive agrarian economy, Chief Minister Mann will be seeking the support of Prime Minister Narendra Modi to ensure that moong and maize are bought at minimum support price (MSP) while a remunerative stabilisation price will have to be fixed for basmati varieties.

Official sources in the state government have told The Tribune that a detailed presentation on the state’s crop diversification plan will be made before the PM. The authorities at NITI Aayog had specifically written to the state Chief Secretary last month saying that “… it is desired that the said meeting to deliberate on the issues of Punjab at the level of Chief Minister may be planned”.

After the Aam Aadmi Party government took over the reins of the state earlier this year, they have set the ball rolling to pull the state out of wheat-paddy rotation.

“The only thing that is holding Punjab farmers back from going in for these alternative crops is poor remuneration. Though there is MSP on both moong and maize, majority of these crops are sold below MSP. This year, two-thirds of moong that arrived in the mandis has sold at rates below the MSP of Rs 7,275 per quintal because it did not meet the quality specifications set by NAFED for its purchase,” a senior officer told The Tribune.

Sources say that the issue of representation to Punjab in Bhakra Beas Management Board and seeking a financial package from the Centre for lifting the state’s sagging economy will also be discussed.

The participation of CM Mann in the meeting on Sunday is significant as the former CM, Capt Amarinder Singh, had not attended the last meeting of NITI Aayog in 2019. Punjab was represented by the then Finance Minister and a team of officers. A controversy had erupted later as the three contentious farm laws were discussed at the meeting where the then state government was accused of failing to put forth the state’s views on these laws.