Live telecast was restricted to the Chief Minister’s speech only 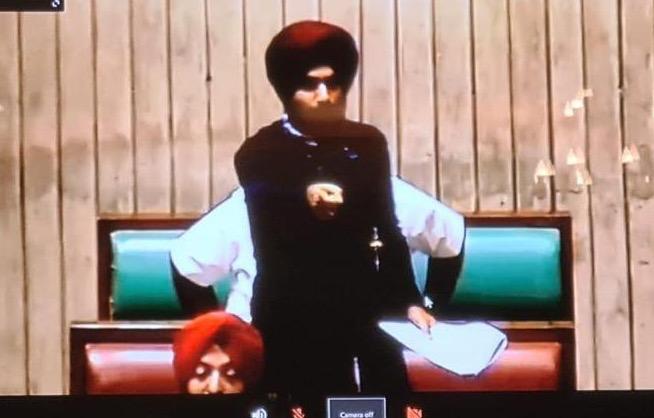 The moment Congress MLA Navjot Singh Sidhu, who spoke after the Chief Minister, stood up to speak, the Live telecast ended abruptly. A grab from video

In an interesting observation, only the Live telecast of Chief Minister Capt Amarinder Singh was aired on the Day Two of the Punjab Vidhan Sabha special session.

The moment Congress MLA Navjot Singh Sidhu, who spoke after the Chief Minister, stood up to speak, the Live telecast ended abruptly on the Facebook page and other social media platforms of the Punjab government.

As per sources, the Live telecast was restricted to the Chief Minister’s speech only.

Sidhu’s admirers said they wanted to hear the speech of the Congress MLA on the subject and the government should have aired his Live proceedings of the entire day as it was historic for the state.

People wanted to know the views of other MLAs as well, including the Opposition benches, they added.