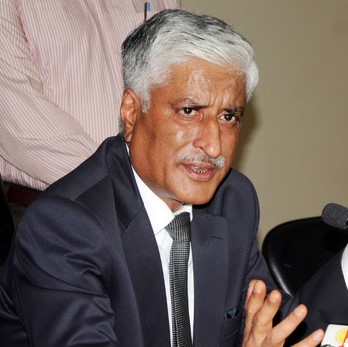 The Punjab Vigilance Bureau has decided to file a Recall Petition in the High Court against the August 19 release orders of Sumedh Saini in a land fraud case, and also against the court’s interim bail order of August 12 in the disproportionate assets case against the former DGP.

The Bureau will soon be moving the recall petitions in the two cases filed against Saini, a 1982-batch IPS officer.

Saini was arrested on August 18 in the land fraud case (FIR no. 11, Mohali) when he went to the Vigilance Bureau (VB) office late in the evening (around 8 p.m.) in connection with another case (FIR no. 13 - disproportionate assets case). Saini had gone to the VB office in accordance with the High Court orders awarding him interim bail subject to him joining the investigation in FIR 13 within 7 days of the grant of interim bail.

Ordering Saini’s interim bail, the court had, on August 12, 2021, stated: “For joining loose ends, if any with regard to the documentary evidence or banking transactions, this Court is of the opinion that custodial interrogation of the petitioner is not required. The petitioner is granted interim bail subject to his joining investigation within one week from today.”

Pointing out that the ex-DGP had chosen to visit the VB office late in the evening on the last day of the 7-day period, an official spokesperson of the Bureau said Saini had thus failed to follow the HC orders in letter and spirit. “Saini intentionally exhausted the 7-day period during which he had to join the investigation in accordance with the interim order in FIR no. 13, and even then he arrived at the Sector 68 Mohali office of the Bureau without any prior intimation to the IO. In fact, he intentionally did not go to the office of IO, VB, Unit SAS Nagar, Quarter No. 69, Police Housing Complex, Sector-62, SAS Nagar,” said the spokesperson.

In the circumstances, the Bureau had thus decided to file a petition before the court seeking the recall of the interim bail orders in the disproportionate assets case. The case relates to 35 properties and certain bank accounts of Nimratdeep, XEN, with balance and transactions worth Rs 100 crore, including some in crores of rupees with Saini, leading to his undue enrichment, and exhibiting that he held assets far exceeding his income.

The spokesperson further said sufficient ground was also made out in the land fraud case for the state to seek recall of the HC orders releasing Saini from detention. Firstly, Saini had been taken into custody not under FIR 13 (where he had got interim bail) but in case relating to FIR 11, in which he had no protection from arrest. The criminal acts in FIR no. 11 and FIR no. 13 are different, said the spokesperson.

Secondly, the earlier protection orders of the HC, dated October 11, 2018 and September 23, 2020, do not apply to this particular case as those had provided for 7 days’ notice to be given to the officer before arresting him for any offences committed during his service period. Since Saini retired from service in June 2018 while the crime against him in illegal land fraud case related to the year 2021, he was not protected from arrest without notice by the said orders, said the spokesperson