In the morning, government withdrew half of security personnel, drawing an angry response from Harpreet Singh 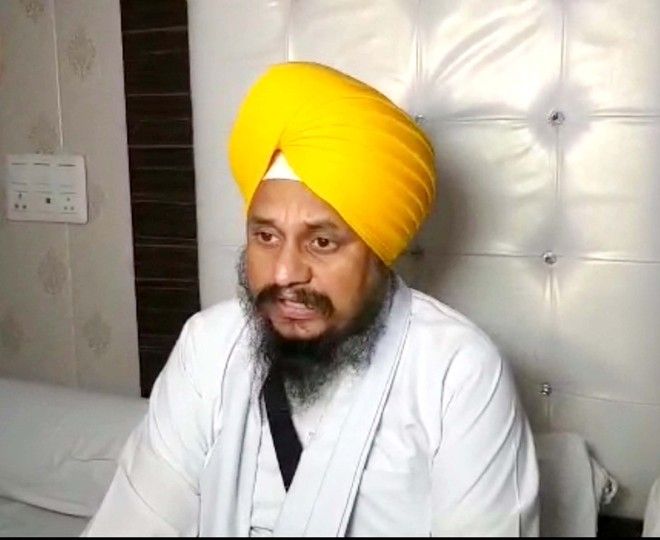 In the morning, the government withdrew half of the security cover of the Jathedar. It elicited an angry response from the Jathedar who volunteered to return the remaining three officials as well. Hours later, a message arrived that his security cover had been restored but the Jathedar refused to take them back.

There are six officials of the Punjab Police deployed for the security of Harpreet Singh.

The state government withdrew the security of 424 VIPs, including the Jathedar and head of the Radha Soami Satsang Beas, today morning.

In a video message, the Jathedar categorically stated that Sikh youth of Punjab was enough for his security. “I do now much of the matter. Officials engaged in my security told me that they got a call from their office to report back. It does not matter to us. We do not need security, especially of the government. Sikh youth of the state was enough to guard me.”

The decision for withdrawal of security of the Jathedar came days after his controversial statement asking Sikhs to own licenced weapons.

The Bhagwant Singh Mann government had initiated the process of pruning the security of VVIPs over a fortnight ago.

With its decision & flip flop on the withdrawal of official security to the highly respected Jathedar Sahiban of Khalsa Panth's venerated Takhts, including Sri Akal Takht Sahib, @AAPPunjab govt has merely exposed itself as a stooge of anti-Punjab & anti-Panth @ArvindKejrival.1/3 pic.twitter.com/cc1Mpg3dKB