Punjab’s first coronavirus patient cured, to be discharged on Friday : The Tribune India

Punjab’s first coronavirus patient cured, to be discharged on Friday 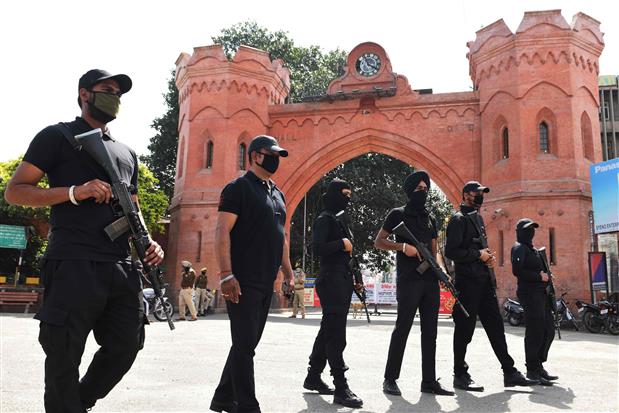 Punjab Police commando patrol in the front of Hall Gate during a government-imposed nationwide lockdown as a preventive measure against coronavirus in Amritsar on March 26, 2020. AFP

The test reports of state’s first reported coronavirus patient, a male resident of Italy from Hoshiarpur district, came out to be negative on Thursday. The patient who had tested positive for the disease earlier this month was admitted at Government Medical college here.

The authorities confirmed that latest test of the patient was negative. Deputy commissioner Shivdular Singh Dhillon said patient would be discharged tomorrow. He said the patient, who had landed at Delhi on arrival from Italy, could not be detected at Delhi as he had not developed the symptoms. “But the patient was later detected at Amritsar on his arrival and shifted to hospital,” he said.