Average 20 pc hike on cards in salaries and pensions, with salary increment around 2.59 times 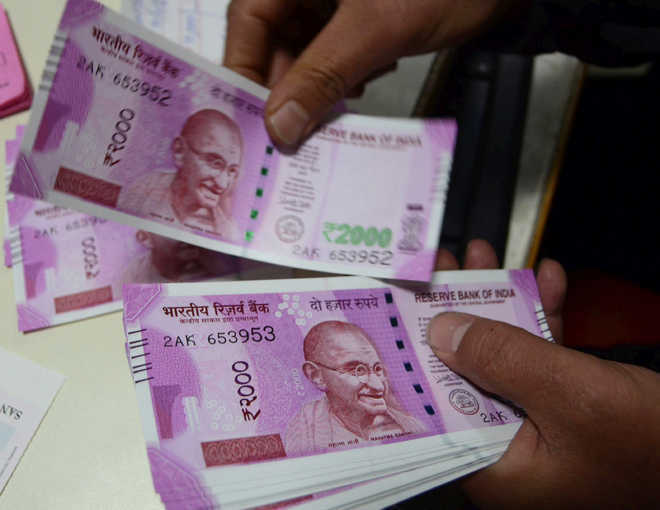 In a major bonanza for government employees, the 6th Pay Commission of the Punjab government has recommended an over two-fold increase in salaries of all employees, with increase in minimum pay from Rs 6,950 to Rs 18,000 per month, with retrospective effect from January 1, 2016.

The Commission has suggested major hikes in salary and other major benefits, and also substantial increase in allowances for government employees. The average increment in salaries and pensions of employees is expected in the range of 20%, with salaries in for a 2.59 times increase over the 5th Pay Commission recommendations.  All major allowances are proposed to be revised upward, translating into 1.5 times to 2 times increase, with rationalisation in certain allowances, as per the recommendations of the 6th Pay Commission.

The report, which was submitted to Punjab Chief Minister Capt Amarinder Singh recently, has been sent to the Finance Department for detailed study and directions for placing it before the Cabinet this month for further action. The report, as per government’s commitment in the Vidhan Sabha, is to be implemented from July 1 this year.

Incidentally, the report comes at a time when the state’s economy is already deeply stressed and the financial situation is precarious, amid Coivd, with taxes not going up and even GST compensation slated to end from next year. The Finance Department will examine the various implications before submitting the report to the Cabinet for further action.

According to a spokesperson of the CM’s office, significant hike has been proposed in the report in Pensions and DA, while Fixed Medical Allowance and Death-cum-Retirement Gratuity are recommended to be doubled under the scheme suggested by the 6th Pay Commission. While fixed medical allowance has been recommended to be doubled to Rs 1,000 per month for employees as well as pensioners uniformly, the maximum limit of Death-cum-Retirement Gratuity is proposed to be enhanced from  Rs 10 lakh to  Rs 20 lakh.

The Commission has also suggested doubling of design allowance to engineering staff and Kit maintenance allowance to Police personnel, with mobile allowance enhancement varying from  Rs 375 to Rs 750.

The Commission has further recommended that the present system of dearness allowance on Central pattern should continue and dearness allowance be converted into Dearness Pay each time the index increases by 50%, to be counted for all purposes, including retirement benefits. For Pensions, the revision suggested by the Commission is by the application of a simple factor of 2.59. Further, Pension should continue to be paid at the rate of 50% of the last pay drawn, on completion of 25 years of qualifying service, as per the Commission recommendations.

Besides recommending a simple, transparent and easy to implement Pay Matrix for all Punjab government employees, the Commission has suggested that old age allowance for pensioners and family pensioners, at the existing intervals of 5 years from the age of 65 years onwards, should continue on revised pension. It has also recommended commutation of pension to be restored to 40%.

Though the existing classification of the categories of cities for HRA is proposed to be retained, with rationalisation in house rent allowance by a factor of 0.8 of the existing rates and calculated as a percentage of basic pay, the Commission has recommended introduction of several new allowance categories, including higher education allowance in the form of lump sum rate for all employees acquiring higher qualification.

As part of the rationalisation process, the Commission has recommended abolition of all types of special pay and any add-ons in the basic pay by any nomenclature. It has also rationalised the changes made on the recommendations of the Cabinet Sub-committee in 2011.