Rahul Gandhi kicks off Congress drive on January 27 in Punjab : The Tribune India

Rahul Gandhi kicks off Congress drive on January 27 in Punjab 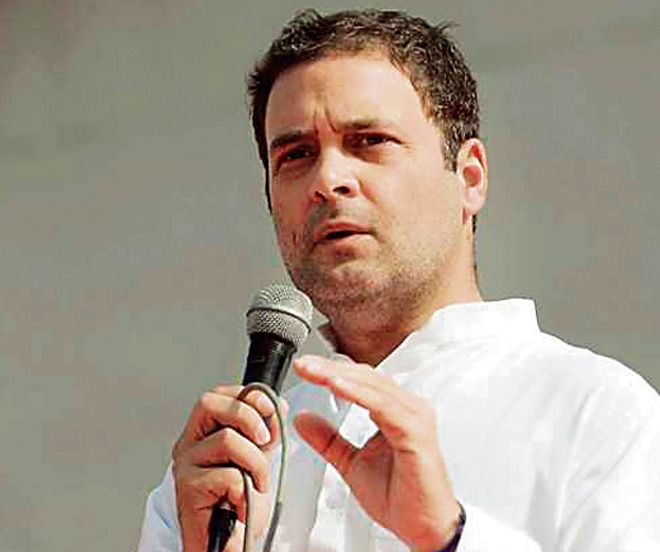 To kick off Congress’ campaign ahead of the upcoming Assembly elections, party leader Rahul Gandhi will begin his one-day tour of Punjab from Amritsar on January 27 by paying obeisance at Golden Temple, Durgiana Mandir and Bhagwan Valmiki temple accompanied by 117 party candidates. He will hold a virtual ‘Punjab Fateh’ rally at Mithapur in Jalandhar, before flying back to Delhi.

As per the schedule released by the All-India Congress Committee, Rahul will fly from Delhi to Amritsar. From Amritsar to Jalandhar, he will travel by road, before heading back to Delhi by a special flight. Party leaders are anxiously waiting to see whether Rahul announces the chief ministerial face, though the party has this time maintained it will go into the elections under the leadership of three — Chief Minister Charanjit Singh Channi, a Dalit Sikh; PCC chief Navjot Singh Sidhu, a Jat; and Sunil Jakhar, a Hindu leader.

Barely a week before the 2017 Assembly elections, Rahul had during a party gathering in Majitha on January 28 announced Capt Amarinder Singh as the chief ministerial candidate of the party. He had then played the ‘son of the soil’ card for Capt Amarinder, saying only a Punjabi can be the chief minister of the state while projecting the AAP as a party of “outsiders” trying to wrest control of the state from Punjabis.

With changed political scenario in the state five years on and AAP having announced Bhagwant Mann as its chief ministerial face, all eyes will be on the political line the Gandhi scion will adopt while kicking off the party’s campaign. The visit happens amid an ongoing tussle between Channi and Sidhu, with both projecting themselves as best suited to be the CM face. There have been differences of opinion among Channi, Sidhu and Jakhar over the choice of candidates.

Party leaders are hopeful that Rahul’s visit will end the friction among the top state leaders and the party will put up a united front in run-up to the elections.

To interact with 1L people

There is pressure within the party to announce the party’s chief ministerial face, with CM Charanjit Singh Channi being the front-runner. Party insiders say by naming Capt Amarinder Singh as the CM face in 2017, the party’s campaign got a major boost. The same line should be adopted this time for edge over the rivals, it has been pointed out.