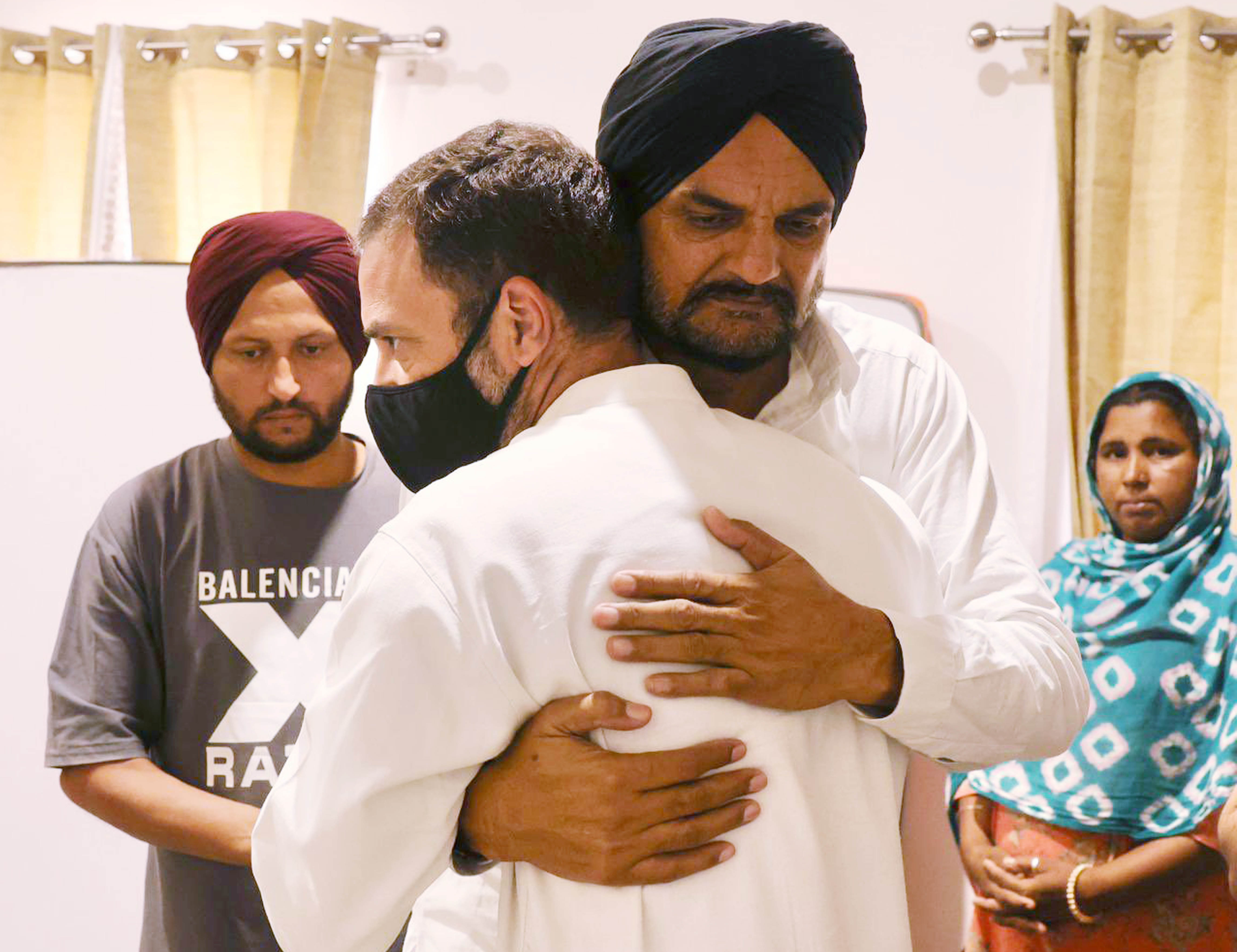 Rahul Gandhi with the father of Sidhu Moosewala at Musa village.

The law and order in the state has completely collapsed. Maintaining peace and tranquility in Punjab is beyond the capability of the AAP government. — Rahul Gandhi, Congress Leader

He also paid floral tribute to Moosewala at his house. Rahul arrived at 11.50 am and spent around 50 minutes with the singer’s parents before he left the house at 12.45 pm. He was seen hugging and talking to Moosewala’s father Balkaur Singh during his visit.

Later, Rahul slammed the government over the law and order. Rahul also tweeted “It is difficult to describe the grief that the parents of Congress leader Sidhu Moosewala ji are going through. It is our duty to get them justice, and we will do so.”

Shortly before Rahul’s arrival, Congress’ Patiala MP Preneet Kaur, who is a wife of former Congress leader Capt Amarinder Singh and was last year served a show-cause notice for her alleged anti-party activities, also paid a visit to the singer’s house and expressed condolences, but she left before the former Congress chief arrived.

Moosewala was shot dead by unidentified assailants in Mansa on May 29. Rahul was abroad when the killing took place and returned over the weekend. Moosewala joined the Congress in presence of Rahul in December last year ahead of 2022 Assembly election. The late singer unsuccessfully fought on the party ticket from the Mansa segment, losing to AAP’s Dr Vijay Singla, now arrested on corruption charges.