Rainfall, storage in dams significantly below normal in northern region during March

Bathinda, Hoshiarpur and Jalandhar among the worst hit districts in Punjab 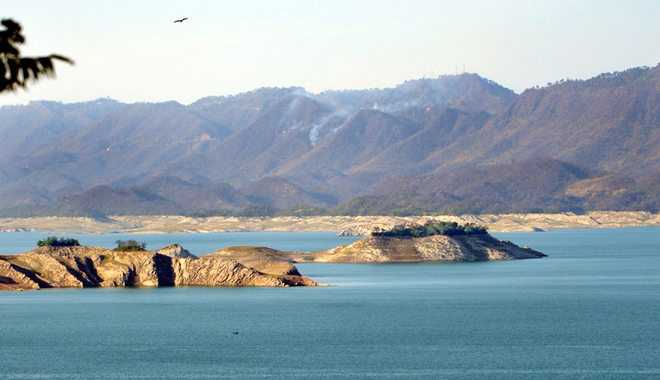 Rainfall over the region during spring season has been seriously deficient this year while the water level in crucial reservoirs located in the north too is significantly below normal.

Data compiled by the India Meteorological Department (IMD) reveals that from March 1 to March 30 the deficiency was as high as 70 per cent in Punjab. In Haryana and Himachal Pradesh, the shortfall was 62 per cent each.

Bathinda, Hoshiarpur and Jalandhar were among the worst hit districts in Punjab, while Kangra, Hamirpur and Sirmaur remained the driest in Himachal Pradesh. On the other hand, a few districts in southern Haryana received excess rain in March, though the north-western parts of the state received little or no rain.

An active western disturbance and its induced cyclonic circulation had caused fairly widespread rainfall snowfall and thunderstorms over western Himalayan region and Punjab during March 22–24, but according to the IMD, the precipitation was 5 per cent below normal.

The weatherman has predicted that due to absence of any active western disturbance, rainfall activity is likely to below normal over northwest India during the first week of April, while maximum temperatures are expected to rise gradually by 4—6 degrees Celsius.

According to information released by the Central Water Commission (CWC), the present storage at Bhakra Dam that lies on the Sutlej in Himachal is just 20 per cent of the total reservoir capacity. The average storage at this dam at this time of the year was 38 per cent over the past 10 years.

8 hours ago
5
Nation ADDRESS TO THE NATION