Sukhjinder Singh Randhawa banks on 'good work' to carry him through : The Tribune India

Sukhjinder Singh Randhawa banks on 'good work' to carry him through 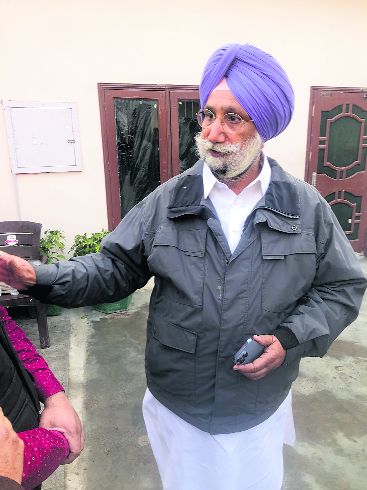 In this seat named after the first Sikh Guru, there is a saying that “Randhawa is the Congress and Congress is Randhawa.” The maxim seems to be true as there is no Congressman worth Deputy CM Sukhjinder Singh Randhawa’s salt who can match his political stature.

His native Dharowali village is commonly referred to as “Santokh da pind”, an obvious reference to his father Santokh Singh Randhawa.

The moment Sukhjinder steps out of his ancestral home, half a dozen commandos carrying semi-automatic guns encircle him. Not a fly can go near the man. That is till he himself breaks free of the cordon and starts meeting people. Even as he is discussing the day’s plan, a middle-aged woman walks towards him and seeks money for “extending her help during electioneering”. A composed Randhawa asks her as to why she makes her presence felt only during elections.

“I am no longer your benefactor. Go to Tript Rajinder Singh Bajwa who is your latest mentor,” says Sukhjinder as the woman is shooed away by the security. Randhawa may no longer be her benefactor but for many he still is.

In the run up to the construction of the Kartarpur corridor, which is barely 4 km away, the Punjab Government released a grant of 172 crore to beautify the area. The corridor actually came as a blessing in disguise for Sukhjinder. He launched several developmental projects with the money. He hopes the voters will remember how the corridor indirectly has changed their lives.

He tells with pride how he brought the world-class sugarcane institute to Kalanaur. He also informs you that he has improved the infrastructure of the Dera Baba Nanak Civil Hospital and also of the 15 odd dispensaries of his seat.

As a parting shot, he reminds you that the Lachhman Singh Dharowali degree college was established in Kalanaur due to his “untiring efforts”. He, however, laments that his pet project — a sports school — could not see the light of the day. “There is always a tomorrow,” he quips.