Rawalpindi landlords were forced to sell tea in Bathinda : The Tribune India 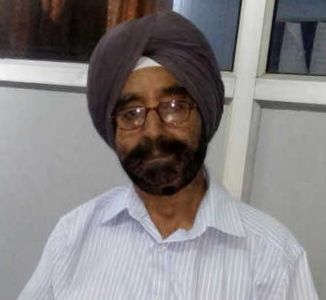 Decades have gone by, but memories of his native place, Rawalpindi (Pakistan), refuse to fade away for 87-year-old Harmohinder Singh Mokha, a resident of Bathinda. He still lives with a heavy heart and some bitter memories of Partition.

While recalling his family’s Partition experiences, Harminder Singh Mokha said, “At Lal Kurti Bazaar in Rawalpindi, we were living a royal and happy life. My grandfather Atar Singh Mokha was a landlord and he owned many horses and had employed many servants over there. Suddenly, everything changed. After coming here, we had to face lots of hardships and had to start from scratch. We started a tea kiosk here as we had run out of money.”

He said in March 1947, tension started building up in the Rawalpindi area. Their grandfather was the president of the peace committee. Along with their paternal uncle Locha Singh, he had called a meeting at Tanch village, which was dominated by Sikhs at that time.

“The atmosphere at the peace committee meeting suddenly turned vicious as it was organised at a Muslim resident’s house in the village. It lasted for six hours, after which all of a sudden, the Muslims told the Sikhs present there to leave the house immediately. However, when they started leaving, the Muslims surrounded the house and they started firing on the Sikhs. My grandfather and paternal uncle were brutally murdered and we did not even get their bodies,” he added.

While remembering his Muslim friend in Pakistan who helped them in those hostile times, Mokha said: “As tension started increasing, our family decided to shift to India and we took shelter at my friend’s house near the railway station before boarding a train to India.”

“On reaching the railway station, we were horrified to know that the train that had arrived earlier was full of bodies of Sikhs who were killed by Muslims, but we were fortunate enough as we were able to cross over to Ferozpur and we reached Bathinda, where we didn’t know anyone,” he added.

Recalling those hardships, Mokha said, “Twenty-five members of our family stayed in two rooms for many days and as we ran out of money, we had to sell our grandmother’s jewellery to start a business.”

They started a tea shop and later forayed into cloth business. “It was after tremendous struggle and hard work that we started living a prosperous life here again,” he said.

The atmosphere at the peace committee meeting suddenly turned vicious as it was organised at a Muslim resident’s house. It lasted for six hours, after which the Muslims told the Sikhs to leave the house. However, when they started leaving, the Muslims surrounded the house and started firing on Sikhs. — Harmohinder Singh Mokha (87), resident of Bathinda