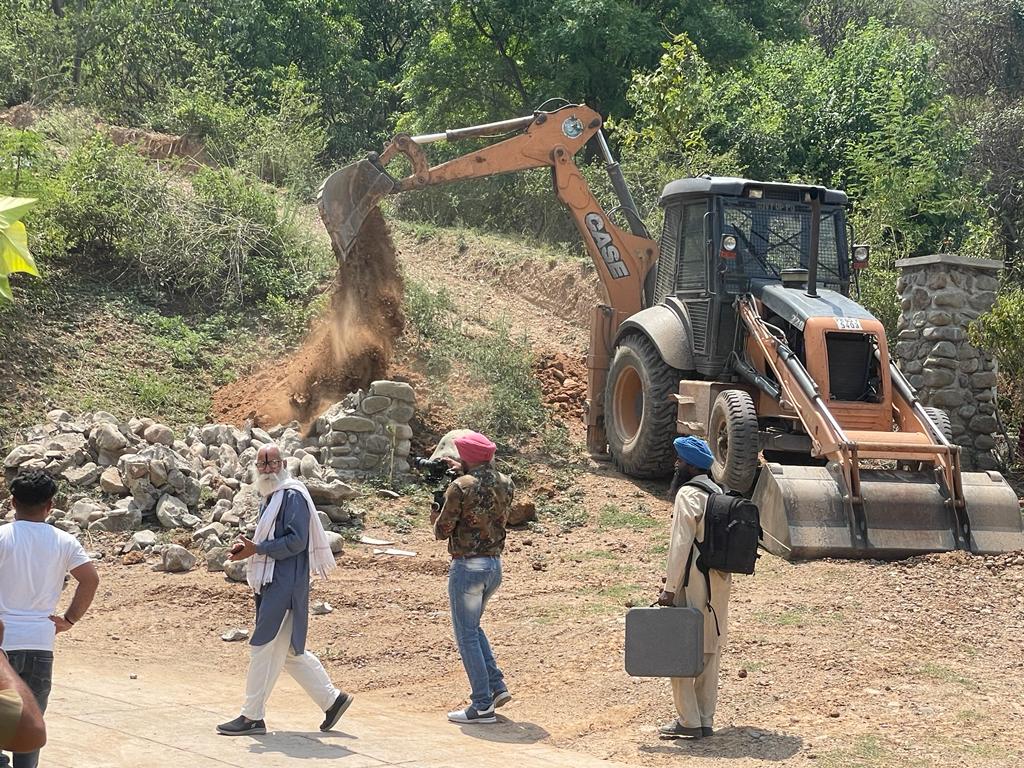 The tussle between the Punjab Forest Department and MD of WWICS Group of Companies and realtor Lt Col BS Sandhu (retd), who has been recently booked for illegally carving out farmhouses in violation of forest laws, has reached the Chief Minister’s Office.

The son of Lt Col Sandhu, Devinder Singh Sandhu, in a complaint lodged on the CM’s anti-corruption helpline on Thursday against forest officials tagged a purported video of Divisional Forest Officer (DFO), Mohali, Guramanpreet Singh made through a sting operation at a private office in Mohali on April 27. Sandhu claimed the DFO approached him for not registering the FIR against them. The FIR was lodged against his father and chairman of the company on May 9, but Devinder’s name is yet to be added.

Forest Minister Lal Chand Kataruchak said before proceeding further, the video had been sent to the forensic laboratory for verification. The video created a buzz with top government functionaries seeking details of the case from forest officials.

Yesterday, the department had carried out a demolition drive on 30 acres, which had been levelled after uprooting trees to carve out farmhouses near Masol village.

Though the contents of the video are yet to be verified, the complainant has alleged the DFO was seeking monetary benefits while facilitating sale of farmhouse sites on the land under question.

Denying the charges, the DFO said Devinder had produced a doctored video. “I have lodged a complaint with the cyber cell to verify its content, he said. CF Chauhan in his reply to the PCCF said Lt Col Sandhu and his son were hardened criminals and had lodged the complaint to divert the course of probe against them by the department and to intimidate officers. He further said the complaint against him and other officials were misguided, misconceived and devoid of facts.

Meanwhile, Harsh Kumar, who is also CCF, Hills, in a letter to Additional Chief Secretary (Forests) Raji P Shrivastava has sought disciplinary action against the DFO. He has sought his transfer out of Mohali so that the matter could be thoroughly probed. Kumar has also sought an explanation from the DFO.