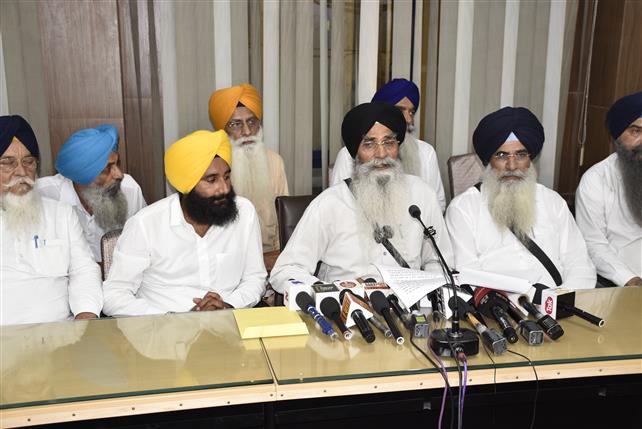 To counter the fallout of the Haryana Sikh Gurdwaras (Management) Act, 2014, upheld by the Supreme Court (SC) recently, the Shiromani Gurdwara Parbandhak Committee (SGPC) today urged the Chief Justice of India UU Lalit to constitute a five-member Constitution Bench to hear the views of Sikhs’ apex body on the issue.

Terming the decision unconstitutional, SGPC members resolved to intensify their agitation and file a review petition. They also decided to hold a protest march on October 4 in Amritsar and submit a memorandum to the Deputy Commissioner. “This memorandum will expose nefarious designs of the RSS to weaken the Sikh Panth under the garb of law,” said Dhami.

“It was the Congress thatbrought the HSGMC Act in 2014 to create division among the Sikh community. We have asked Union Home Minister Amit Shah to file a separate review petition against the SC decision as it has violated the provisions of the Sikh Gurdwaras Act, 1925, which comes directly under the jurisdiction of the Centre. We are awaiting his response,” said Dhami. The members also announced to conduct two “chetna marches” on October 7.