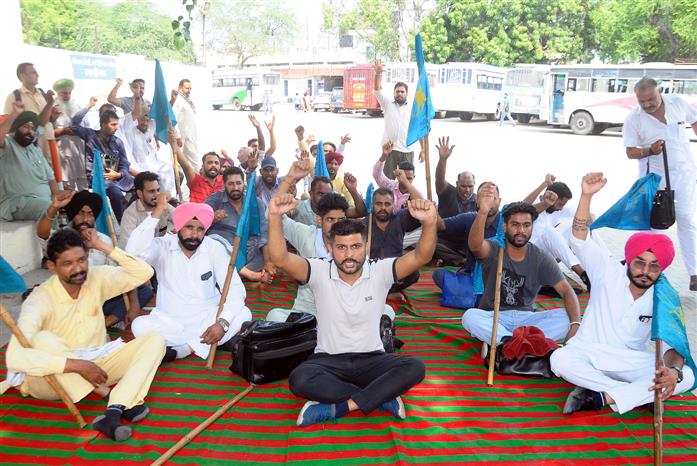 Members of the Punjab Roadways Punbus PRTC Contract Workers’ Union staged protests at 27 depots in the state demanding regularisation of their services. They also criticised the government for deciding to recruit staff on outsourcing basis.

Kulwant Singh, vice-president, PRTC Contract Workers’ Union, said, “The AAP government has decided to recruit staff on outsourcing basis. It has failed to honour its pre-poll promise of regularising services of contractual workers. Moreover, it’s a step towards privatisation of the transport sector by allowing more buses to ply under the km scheme. All the promises made ahead of the Assembly poll to revive the public transport sector are proving to be a bundle of lies.”

The union leaders warned that if their “genuine” demands were not fulfilled, they would intensify their protest in the coming days.