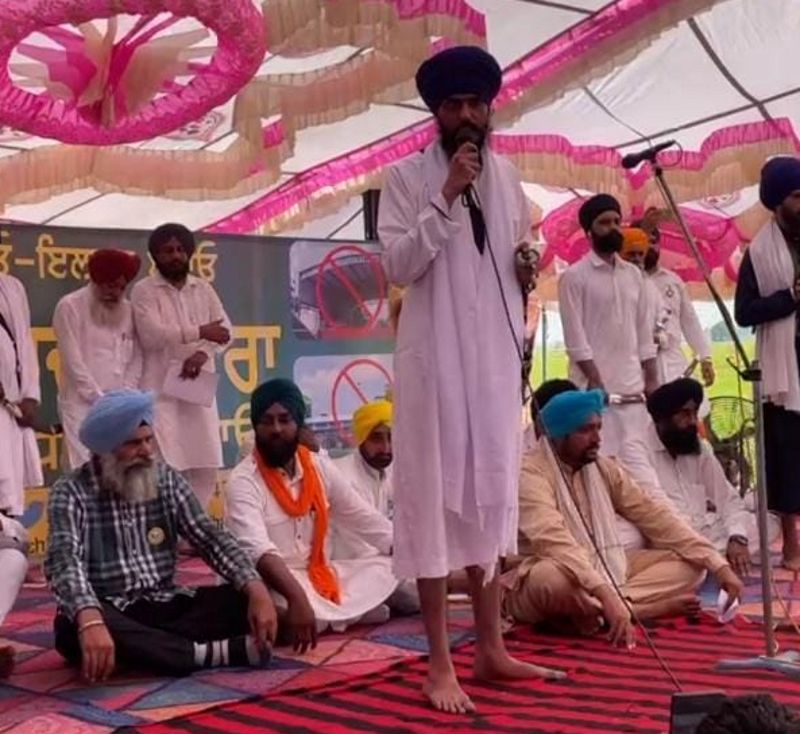 Amritpal Singh addresses the farmers at Mansurwala village of Ferozepur on Monday.

The agencies are concerned about the large gathering of youth at the function on September 29 at Rode village in Moga. Rode is the native village of Sant Jarnail Singh Bhindranwale. Security agencies fear the gathering where “Khalistan issue” was mentioned in the speeches could lead to a law and order situation in future.

While Punjab intelligence agencies are studying the development, the Ministry of Home Affairs (MHA) has asked the state government to remain vigilant. The MHA has in a communication expressed concern on the suspicious activities of Amritpal Singh.

However, Shiromani Akali Dal-Amritsar feels the controversy is over a non-issue. “The SAD-Amritsar is against violence and wants to continue its struggle, within the Constitution of India and in a democratic way for a Sikh state. We are also votary of the solution of all pending Sikh issues through dialogue and peaceful means. We have supported Deep Sidhu’s outfit, and we may contest elections together in future,” said Prof Mohinder Pal Singh, spokesperson of the SAD-Amritsar.