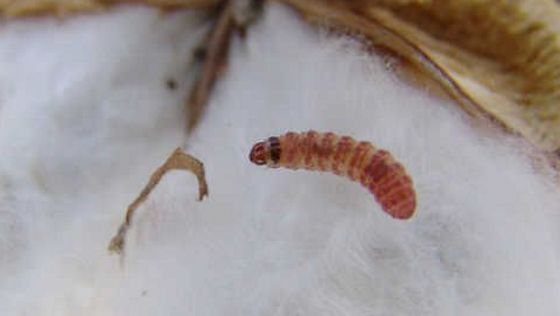 Despite the state government asking farmers to opt for crop diversification, the Agriculture Department has failed to achieve cotton sowing target in Sangrur district.

Reason: Repeated losses due to pink bollworm attack and inclement weather has kept away the farming community from experimenting.

Officials of the department could only bring 1,244 hectares under the cotton crop against a set target of 2,500 hectares. So far, the department has detected pink bollworm attack in seven fields (below 3 per cent).

Due to crop losses, farmers did not show much interest in diversification. Only 1,244 hectares could be brought under cotton cultivation. So far, we have detected pink bollworm at seven places, which is below 3 per cent. — Inderjeet Singh, ADO

Some farmers informed that the previous government (Congress) had promised to provide financial aid after they suffered losses due to the pink bollworm attack. “Neither we received money nor farmers of 47 villages got any assistance after rain damaged standing paddy crop,” said irate farmers.

Another farmer, Gurdeep Singh of Kajhla village, said, “Repeated losses are forcing farmers to stay away from experimenting with new crops.” “I know many farmers, who shifted back to paddy-wheat cycle, after trying their level best with other crops. There is lack of government support,” he said.

Agriculture Development Officer Dr Inderjeet Singh said, “Due to crop losses, farmers did not show much interest in diversification. Only 1,244 hectares could be brought under cotton cultivation. Till date, we have detected pink bollworm at seven places, which is below 3%. The situation is under control.”