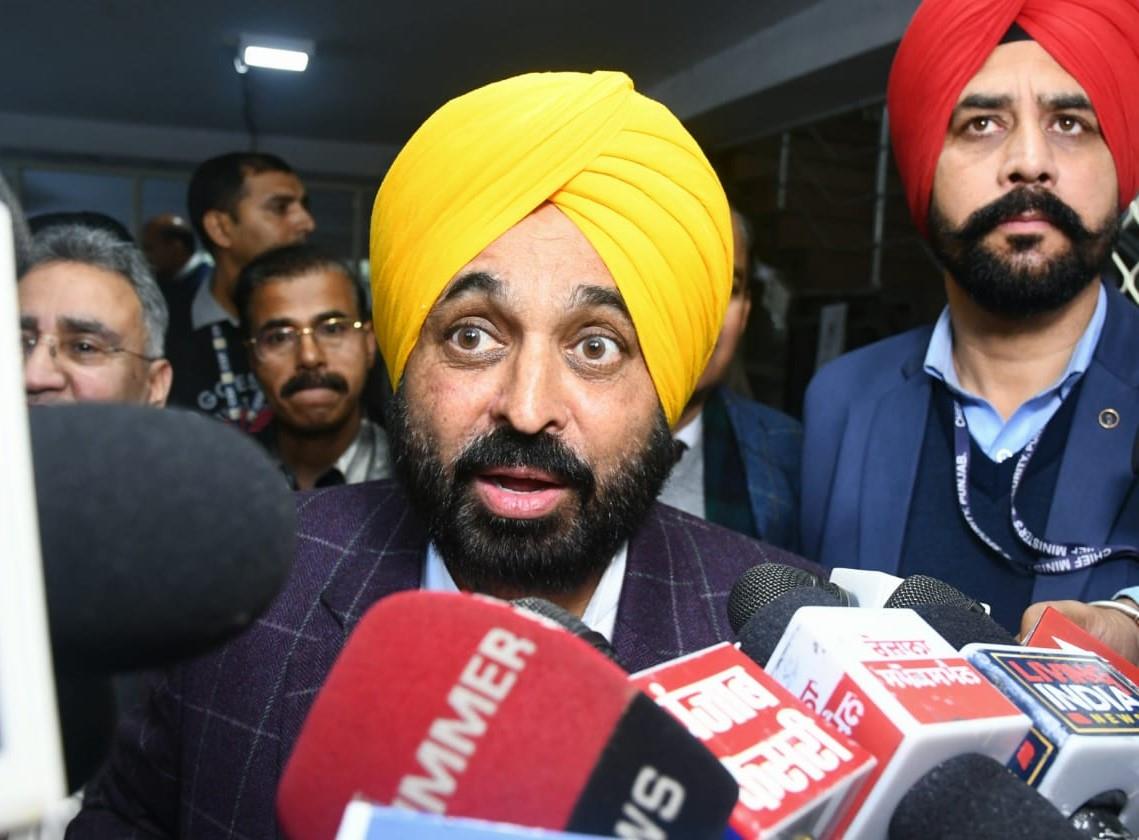 The ruling AAP and the BJP engaged in a war of words on Wednesday over non-inclusion of Punjab’s tableau in Republic Day Parade, with Chief Minister Bhagwant Mann slamming the Centre, saying there cannot be anything more shameful than this.

Shortly after Mann’s statement, the BJP hit back, alleging that the state’s tableau was disqualified due to AAP’s government own “fault” as it presented the old one after making some modification.

In a video message, Mann said in the country’s freedom struggle, Punjab and Punjabis made 90 per cent contribution—be it Shaheed Bhagat Singh, Udham Singh, Lala Lajpat Rai, Kartar Singh Sarabha, Madan Lal Dhingra and thousands of unknown martyrs who made supreme sacrifices to give the country its independence.

“Punjab’s tableau for Republic Day not included this time. There cannot be anything more shameful than this. The BJP government has shown its mindset...,” Mann said.

He said the entire world wants to see Punjab’s rich culture and contribution of Punjabis towards the nation’s freedom struggle.

On Punjab’s tableau not being part of the Republic Day Parade, Mann said, “We strongly condemn this. Punjab cannot be overlooked at such events”.

It is painful, he said, adding that his party and government strongly condemn it.

“I want to ask BJP leaders from Punjab, including Capt Amarinder Singh and others, will they raise the issue why Punjab has been ignored at the Republic Day Parade. Probably, they do not have that much guts,” said Mann.

Reacting to Mann’s statement, Punjab BJP leader Subhash Sharma claimed that the tableau was “disqualified” because of the state government’s “fault”.

“They (the AAP government) took the old tableau after some modification (before a committee) then how it could have qualified,” he asked.

In a hurriedly held press conference, Sharma said all the states and ministries bring tableaus after doing a lot of hard work.

“If your tableau is disqualified, then whose fault was it? It is your fault. If Punjab’s tableau is not taking part tomorrow in Republic Day celebrations, then it is the fault of the CM,” alleged Sharma.

Reacting to the accusations, AAP chief spokesperson Malvinder Singh Kang said if the Punjab government had sent an old tableau, then how it could reach the second round. “Why did it not get disqualified in the first round itself,” he asked.

He said freedom fighters Bhagat Singh, Udham Singh, Rajguru, Sukhdev and others were highlighted in the tableau last time.

“But in the tableau this time, the Mann government had shown how Punjabis were making sacrifices at the border, Mai Bhago, symbol of Saragarhi battle and symbol of sacrifices of 10 lakh Punjabis during freedom struggle which was rejected by the BJP government,” said Kang.

Punjab’s Finance Minister Harpal Singh Cheema had said Punjab’s tableau always finds a place in events like the Republic Day Parade, through which the state presents its rich history and culture and the development it has made over the years.

He had said this time Punjab, through its tableau, was to present the history related to sacrifices made by Punjabis in the country’s freedom struggle.

“But the Centre deliberately stopped (the state) from presenting this (at R-Day parade),” he had said.

SAD president Sukhbir Singh Badal had also targeted the Centre over the matter.